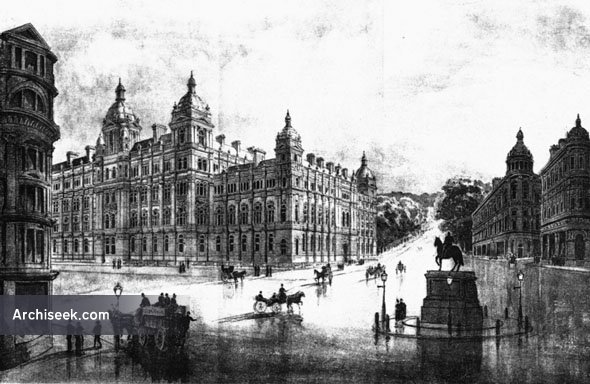 General agreement about the need for a new War Office building first led to proposals in the late 1850’s for its inclusion in government offices in Downing Street, then in the late 1860’s for a new building on Great George Street to house both the Admiralty and War Office. Factional opposition in Parliament, as well as concerns over the status of the Commander-in-Chief vis a vis the Secretary of State, delayed matters further. In the late 1870’s, an Embankment site was proposed but a financial crisis put an end to that scheme. A new Admiralty and War Office on the existing Admiralty site in Whitehall was next suggested but was again stopped by Parliamentary opposition.