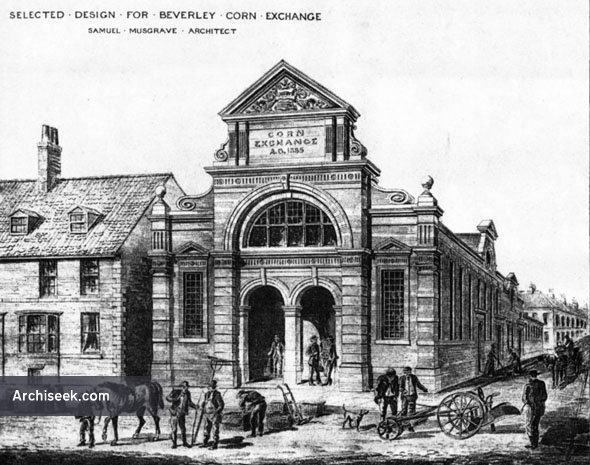 This present building replaces an earlier corn exchange built in 1753. The first regular motion pictures in Beverley were shown here in 1911 and soon afterwards it was renamed the Picture Playhouse. Originally seating 425 on a flat floor it now seats considerable less but has had raked seating introduced, apart from that, it is basically unaltered. The Picture Playhouse was also a major venue for live music in East Yorkshire. It closed in September 1963 but was re-opened in April 1982. It was the only surviving cinema in the town, the 1916 Marble Arch Cinema and the 1935 Regal Cinema have both been demolished. In 2002 it began to suffer from competition from Hull’s multiplex cinemas and closed in 2003. The Picture Playhouse is a Grade II Listed building and being redeveloped. Front Perspective View including ground plan published in The Building News, April 9th 1886.