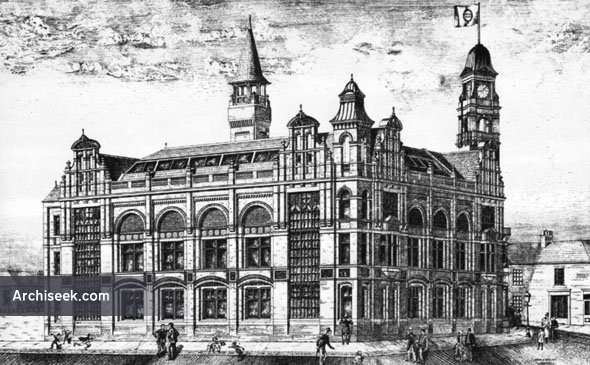 Thomas Beecham, born in Oxfordshire in 1820, began selling his pills and cures as a travelling salesman in the 1840s. Moving first to Liverpool and then Wigan, Thomas bought property in Westfield Street St Helen’s in order to build a factory which cost around £30,000 and opened in 1877. Later extended in a floridly european style in 1885, the factory and its clock tower became a landmark on the St Helens skyline. The building has many intricate terracotta carvings around the exterior, including the face of its founder above the door. The factory closed in 1998 and has now become part of St Helens College. Perspective view published in The Building News, April 9th 1886.