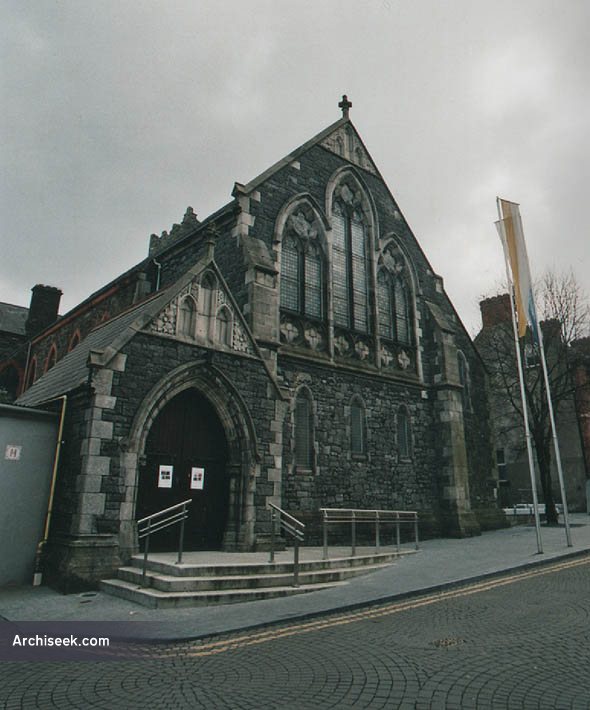 An appealing small-scale Gothic Revival Methodist Church, designed by Sir Thomas Drew. Although extensively re-modelled to the interior to accommodate its present use as an art gallery, the exterior retains its original form and character, and is a picturesque feature in a streetscape of disparate styles, including medieval, Georgian, and Victorian period architecture. Home to the Waterford Methodists until 1973. It was eventually bought by Waterford City Council in 1989 and was adapted by them for use as the Municipal Art Gallery.