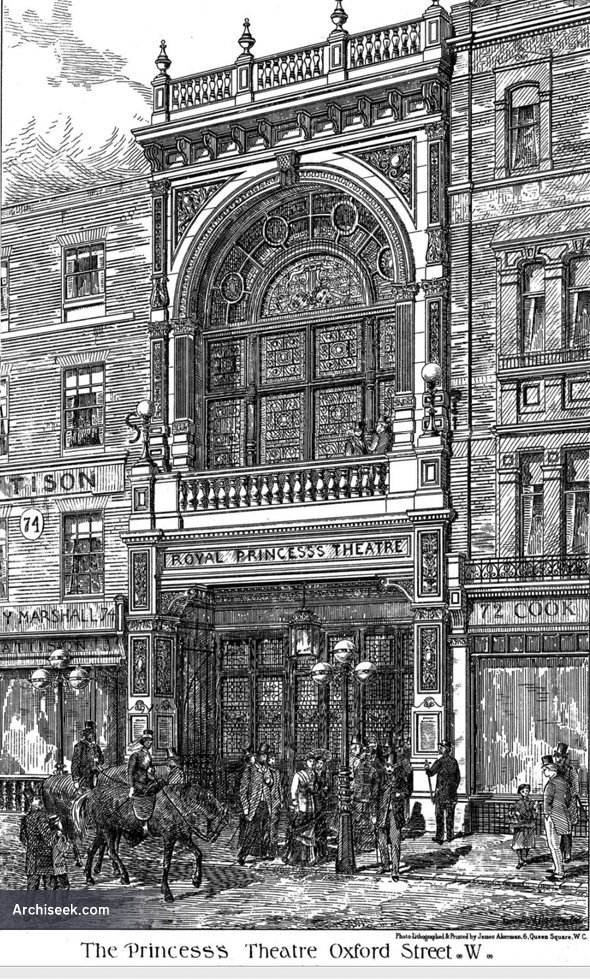 “This theatre, recently erected from the designs of Mr. C.J. Phipps, F.S.A., has a frontage toward Oxford-street of 21ft., and is built in Portland stone. Over the entrance is an open loggia 8ft. deep, forming a balcony overlooking the street. This is approached from the smoking-room and grand foyer on the level with the dress-circle corridor.” Published in The Building News, April 1 1881.