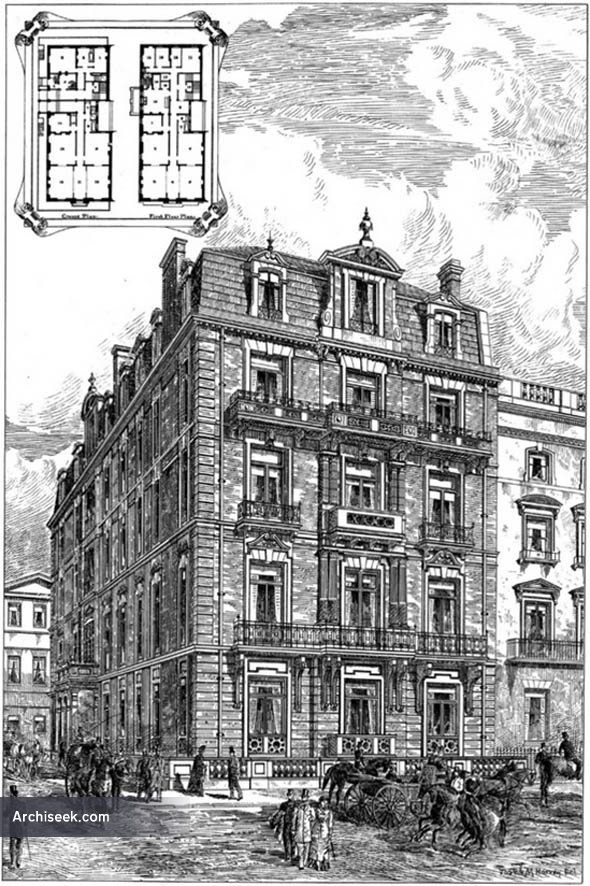 “The illustration represents an important building just completed, from the designs of Mr. C. J. Phipps, F.S.A., at the angle of Portland-place, Langham-street, and Chandos-street, just opposite the Langham Hotel. The ground-floor has two residences, with the basements below them included. Each of the upper stories contains a complete residence on each flat, and are arranged as shown on the plans. The floors of each fiat are constructed of cement concrete on iron girders. An hydraulic lift is arranged in the centre of the principal staircase. At the entrance-door is a porter’s lodge, having command of both the principal and the servants’ staircase. That residences on flats are in demand, may be assumed, as these were nearly all taken before the building was completed, and only the first floor remains as yet unoccupied.” Perspective of residences including ground plans published in The Building News, April 15th 1881.