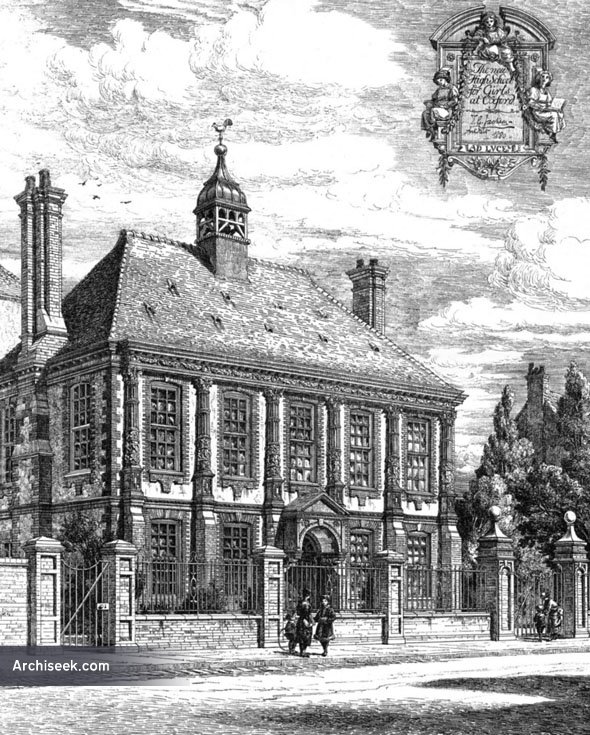 The school began life on November 3, 1875, with twenty-nine girls and three teachers under headmistress Ada Benson, at the Judge’s Lodgings (St Giles’ House) at 16 St Giles’, central Oxford. It was the 9th school opened by the Girls’ Public Day School Company. Pupils were given a holiday when the Assize Judge visited. The school moved to 21 Banbury Road at the start of 1881, in a building designed by Sir Thomas Graham Jackson, just south of the location of another Jackson building, the Acland Nursing Home. Charles Dodgson (aka Lewis Carroll) taught logic to girls at the school in the late 19th century. Perspective view published in The Building News, April 29th 1881.