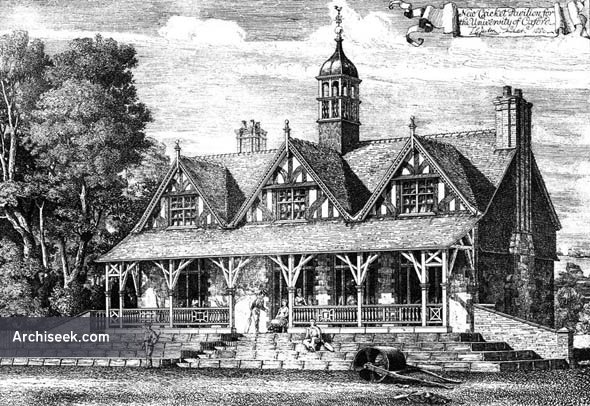 “The new pavilion for the use of the Oxford University Cricket Club is built in the Parks, where a new cricket-ground has been lately formed. The building is designed by Mr. T.G. Jackson, M.A., and contains a large dining-room, a bar, with provision for cooking, a Committee- room, dressing-rooms for the members of the Club, and a room for the players. The principal front faces north to the match-ground, and four raised terraces for seats, and a verandah, under which is a cellar for keeping the nets and other apparatus of the game. The three gables of this front are of oak timbering, filled in with plaster, and there is a turret for a bell in the roof. The walls are built of rubble stone.” Published in The Building News, July 15 1881.