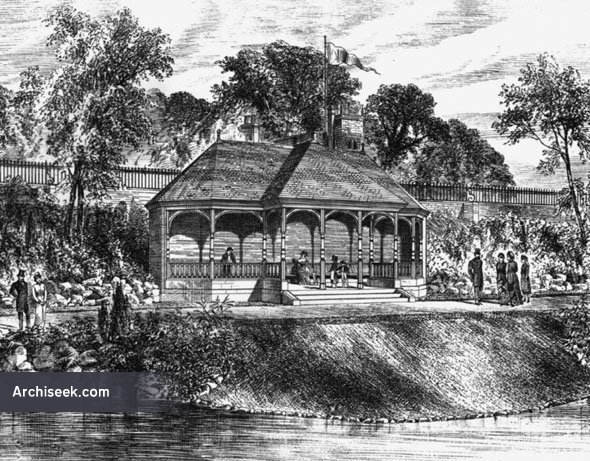 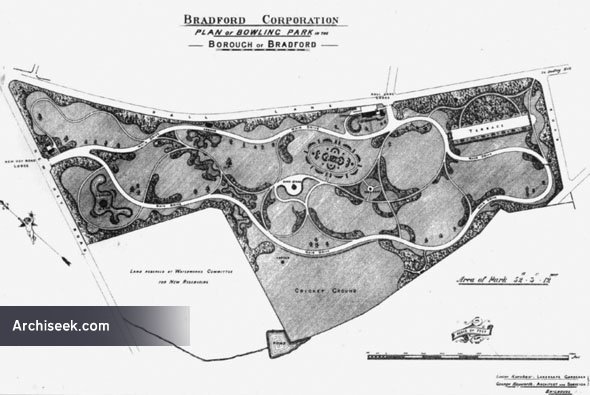 “The accompanying illustrations delineate the laying out of the above park, also the entrance- lodge and gates. The designers are Mr. Lister Kershaw, landscape-gardener, Brighouse, and Mr. George Hepwortb, architect and surveyor, Brighouse, who, some two years ago, in an open competition, out of a list of 22 competitors, succeeded in carrying off the first premium of 100 guineas, offered by the Bradford Corporation for the best design for laying out the park and proposed buildings to be erected thereon. The park covers an area of nearly 5.3 acres: it makes the fourth park possesed by the inhabitants of Bradford. It was opened to the public on the 4th of September last by the Mayor of Bradford, Mr. Angus Holden.” Published in The Building News, July 8 1881.