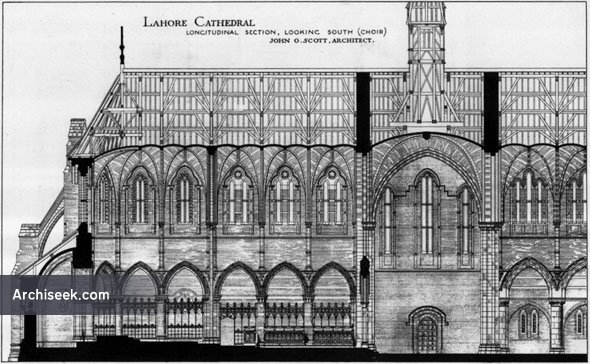 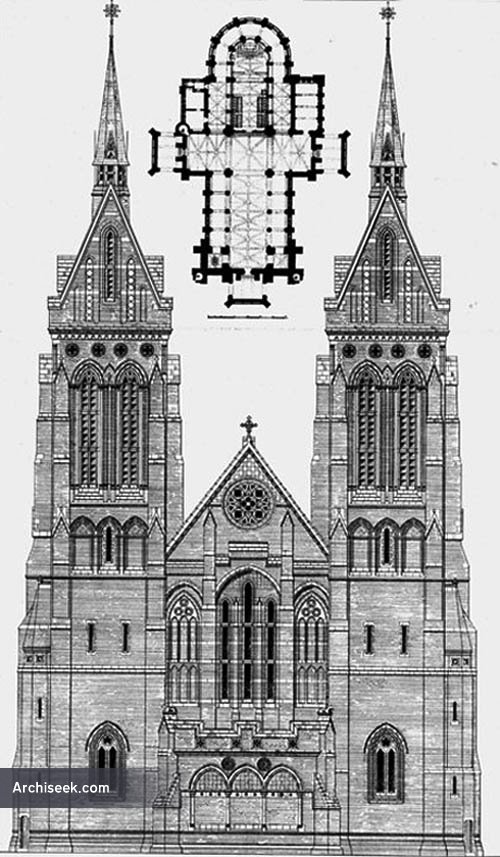 The Cathedral Church of Resurrection is in the Heart of Lahore. Built in 1887 out of using pink sandstone and designed by architect John Oldrid Scott (son of famous architect George Gilbert Scott). The church designed in “decorated early English style” has a footprint 226′ in length and 152′ in breadth. The two towers were added in 1898 with tall steeples, which were taken down for safety reasons after the earthquake of 1911.

The Cathedral guide-book says ‘Originally the frame for the bells was made to accommodate eight, but only six of them arrived from England. They were cast in 1903 by John Taylor & Co. of Loughborough. The largest bell is about 1 ton in weight and when in use, the foundations used to vibrate.’ Lahore Cathedral is famous for its Taxila cross erected inside the cathedral and its stained glass windows, bells, pipe organ and a clock from 1862 which rests in the top floor of the northwest tower, disused, with a clock bell hung from a portion of the clock-case.

“The foundations for a new cathedral at Lahore were put in some time ago, but the present design is on a much more dignified scale than was at first proposed. The old foundations hive, however, been utilised by Mr. Scott, the architect, as far as possible. The material of the walls is almost entirely of brick, red brick facing being used both within and without. Nearly all the mouldings also are of red pressed bricks — the local stone, being extremely hard, and having to be brought from a considerable distance, is used as sparingly as possible. The cathedral is groined throughout with brick arches, the ribs being moulded, with stone springers, &c. The choir is apsidal on plan, and has an ambulatory. The walls of the nave and choir are strengthened by flying buttresses. The windows are very small because of the intense heat and light — those in the clerestory of the nave, transepts, and choir are set back very nearly to the inside face of the walls, and have deeply recessed openings with overhanging arches carrying the walls and parapets on the outside. The windows of the lower portion of the building are provided with wooden shutters. The roofs and fittings will be of teak. The roofs will be covered with small red tiles made in the neighbourhood, they being the only material which will withstand the great heat of the Bun. An organ-chamber is provided over the first bay of the north choir aisle, which is groined in two stages, and projecting stone galleries look into the choir and north transept. The work is being carried out by native work- men, and is now considerably advanced.” Published in The Building News, August 22 1881.