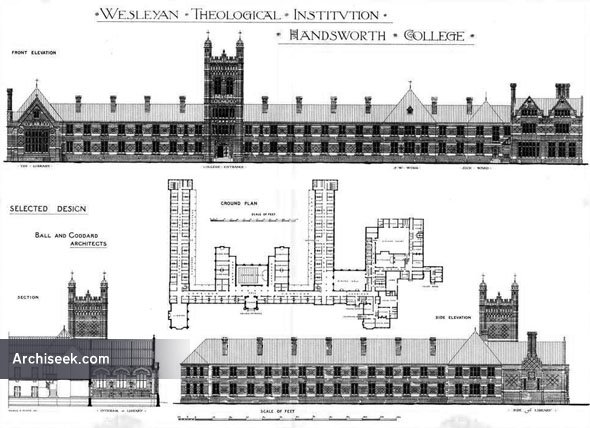 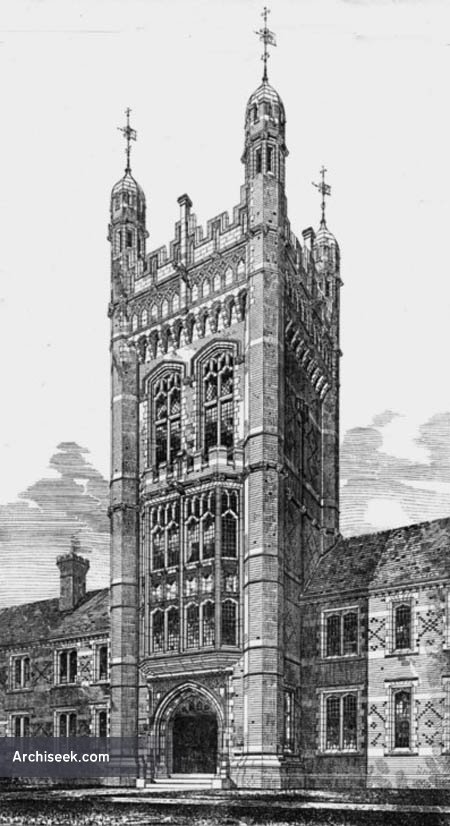 Designed by Messrs Ball & Goddard of Birmingham the college was opened in 1881 and is now a Grade II listed building forming part of the University of Central England Campus. The front of the college has a large square central embattled tower; the original E-shaped building had a central chapel, now a hall. “The design, illustrated this week, for a new college of the Wesleyan Theological Institution, by Messrs. Ball and Goddard, of Birmingham, was awarded the first premium in the competition by Mr. Alfred Waterhouse, the referee, and has been adopted by the committee for execution. The building is to be commenced at once. The college is to accommodate 70 students, all the studies being on the ground-floor, with corresponding dormitories over. The large lecture-room, the library, and the dining-hall are to be treated in a similar manner, each one story high, the ceilings coved and panelled with wood ribs. The buildings are to be executed in red brick, with purple brick for diapers, buff terra-cotta for all dressings, and vertical tiles for the roofs. In the design the requirements of terra-cotta have been kept in view, so as to secure as much repetition of the same patterns as possible. The tower rooms are to be used for science class-rooms, and the upper part as an observatory, a clock being considered a wholly superfluous feature.”