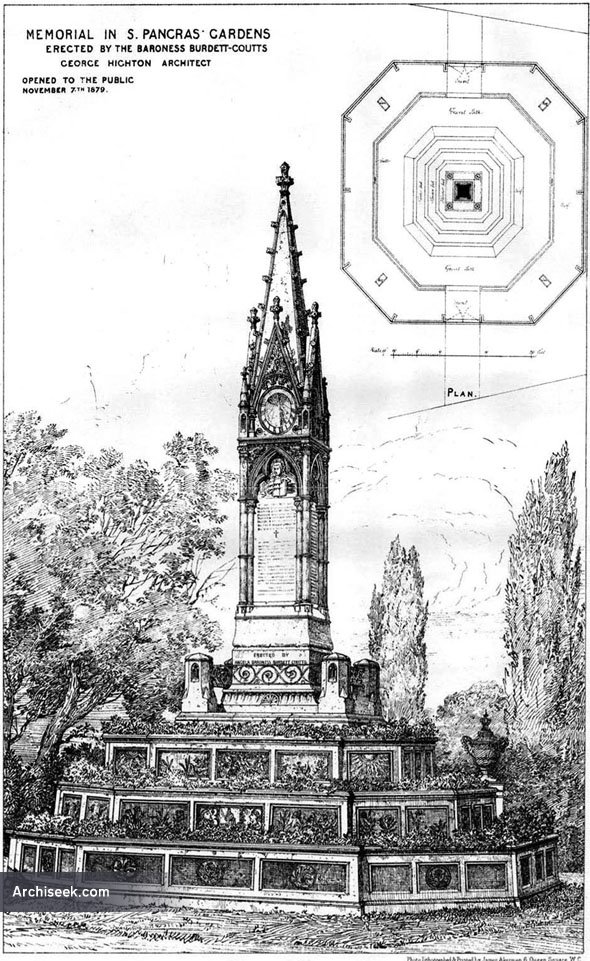 This memorial sundial, which is a Grade II listed structure, was unveiled in 1879 by Baroness Angela Georgina Burdett-Coutts (1814-1906), a Victorian philanthropist who sought to rid London of its slums. It lists the names of a number of eminent persons buried within St Pancras Gardens. The memorial is constructed of Portland Limestone, marble, granite and Red Mansfield Sandstone.The whole structure is enclosed by cast iron railings with Portland Limestone statues at each corner, one of which is thought to have been modelled on the famous terrier, Greyfriars Bobby.