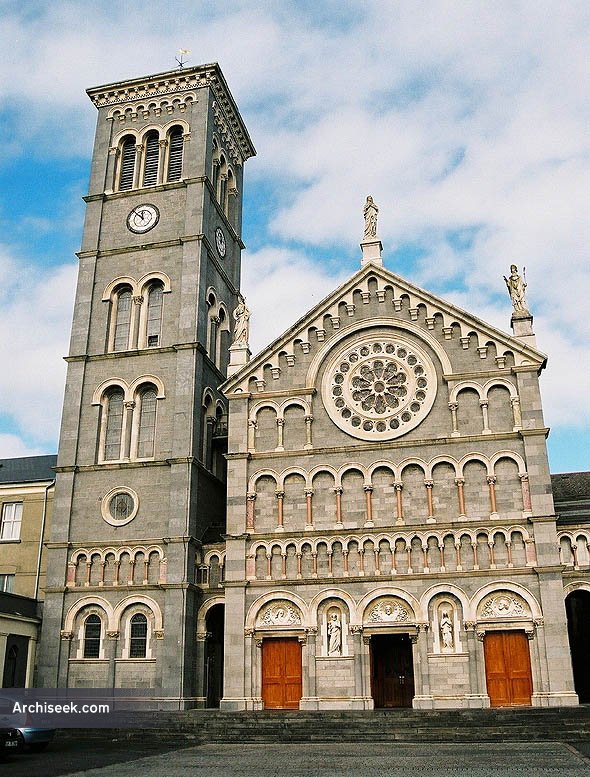 The Cathedral of the Assumption is the fourth church to be built on this site. The first one recorded was a Carmelite church built in the early fourteenth century. After the dissolution of the monasteries it fell into disrepair and was later demolished. The second church, known as the Mathew Chapel was built around the mid eighteenth century under the patronage of a local man George Mathew. The third church, the ‘Big Chapel’, was dedicated to Saint Patrick, and was a spacious, T-shaped building built between 1807-1808 at a cost of £10,000. The Big Chapel served as the Cathedral until the early 1860s. 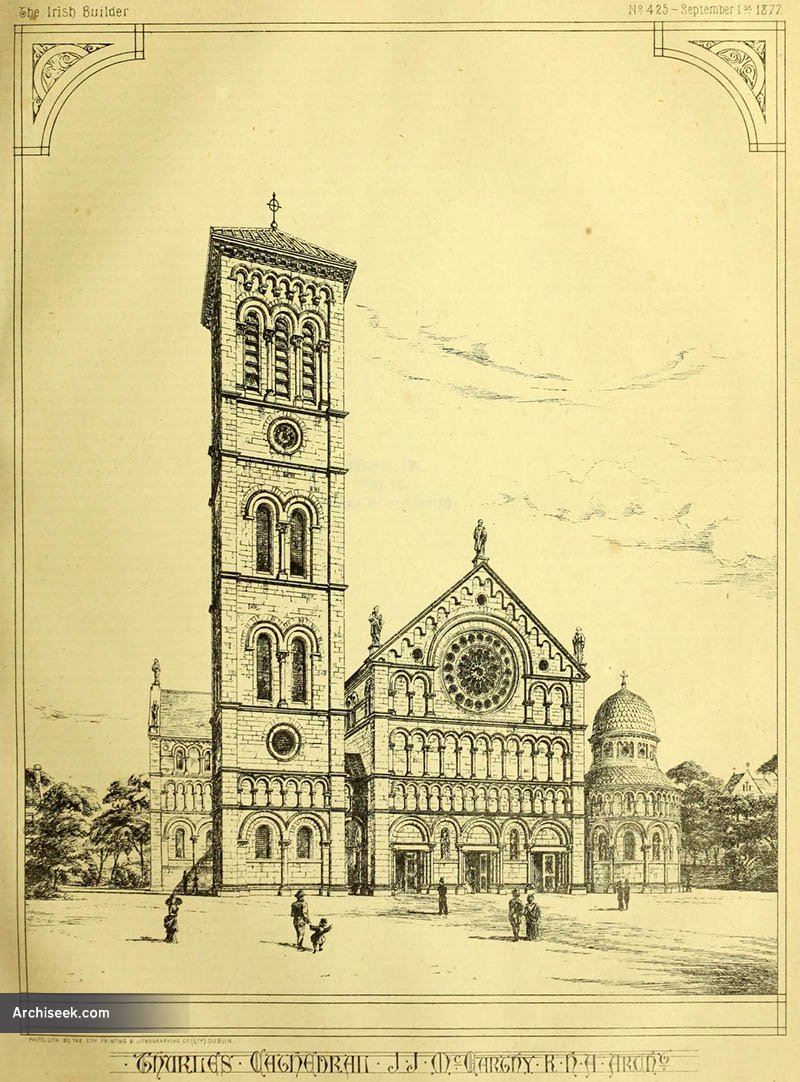 Work began on this, the fourth church in 1861. The Archbishop, Patrick Leahy, was an enthusiastic student of Roman history and architecture. The architect J.J. McCarthy abandoned his normal Gothic revival style to accommodate Dr Leahy’s preference, and designed the building in an Italianate Romanesque style, modeled on the Cathedral of Pisa in Italy.

The bell tower or campanile is one hundred and fifty feet high and is Thurles’ most important landmark. On the other side of the Cathedral is the free standing Baptistry which resembles that of Pisa and other European Cathedrals – an unusual feature in Ireland. The Rose Window in the facade of the building was designed by Mayer and Co. of Munich.