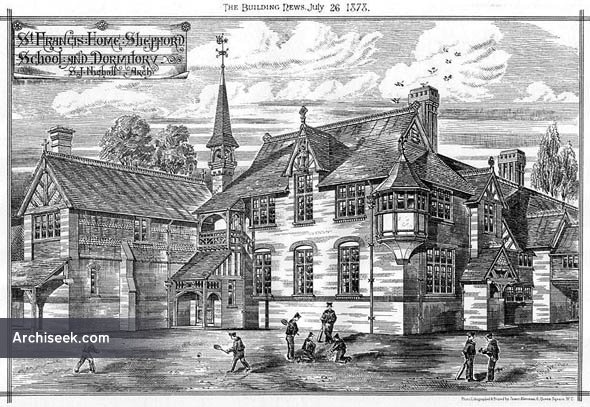 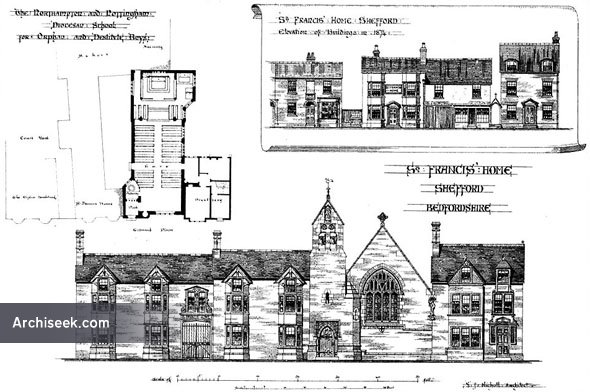 From The Building News, July 26 1878: “This establishment is the diocesan school for orphan and destitute boys in the Roman Catholic dioceses of Northampton and Notting- ham, and under its director, the Very Rev. Canon Coulis, is in course of reconstruction and enlargement. The view gives the schoolroom and dormitory just completed, and the old chapel, which has been raised a story, and is intended to serve as the sacristy for the in- tended church. The boys are taught various trades, and the design has been influenced by the desire to give useful employment to the boys, who, under their able instructor, have done the whole of the carpenters’ and joiners’ work, portions of which, especially in the internal fittings, have been designed of an ornamental character, so as to afford opportunities for the exercise of skilled labour.”