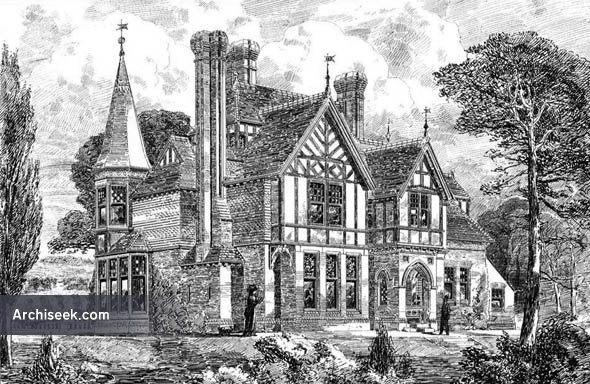 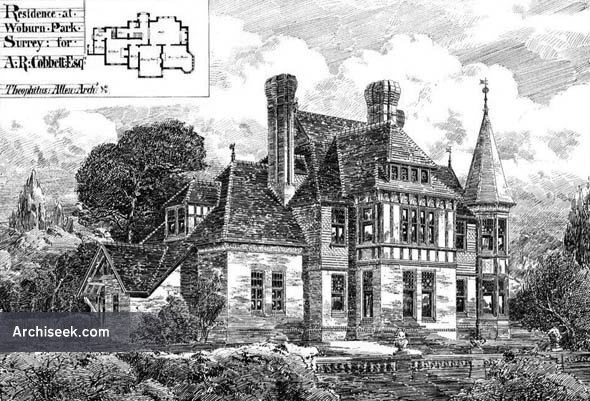 Published in The Building News, August 30th 1878. “The illustration is taken from a drawing in this year’s Academy. The house is now being erected on a fine well-timbered site on high ground, commanding extensive views over the Valley of the Thames. The walls on ground story are of red brick, with tile hanging and halt-timber framing above — the roof is tiled with Cooper’s ridging and terminals. The plan is somewhat peculiar, having a large hall with chimney corner, while there are only two reception rooms, the hall being intended to partly take the place of a third, until the house is extended by the addition, at some future time, of a large drawing-room on the western side. The work is being carried out by Messrs. Knight and Sons, builders, of Chertsey. The architect is Mr. Theophilus Allen, of Adelphi Chambers. “