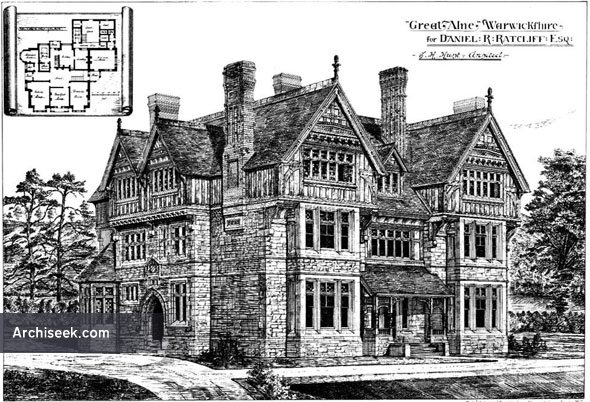 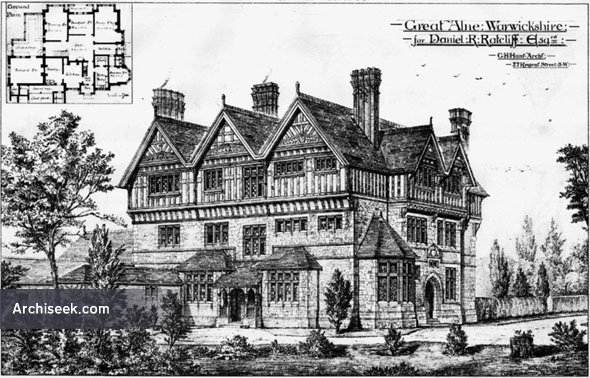 In 1878 Great Alne Hall was built, the presumption being that it took the place of an original manor house. The hall was later replaced by a smaller house in the late 1930’s and today the site is covered by an engineering works.

From The Building News, November 15 1878: “We illustrate this week a view of “Great Alne,” Warwickshire, recently exhibited in the Royal Academy, designed by Mr. G. H. Hunt, architect, of 27, Eegent-street, S.W., and carried out under the direction and supervision of Mr. Geo. Hunt, sen., architect, of Evesham, for D. R. Ratcliff, Esq. The house, now nearly completed, stands in the middle of a large park, and at each end of the approach road is a lodge of different design.”