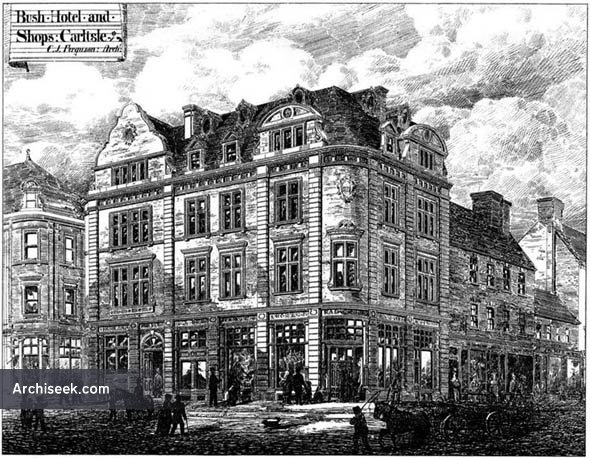 Published in The Building News, August 23rd 1878. “The new block of buildings is erected on the site of the old Bush Hotel. It is built of tooled red stone, is four stories in height, exclusive of basement and attic floors, and fronts to three streets— namely, 3Gft. to English-street, 05ft. to the Viaduct, and 36ft, to Blackfriars-street. The style of architecture is that of the Stuart period, and the building is surmounted by a Mansard roof. The cornice all round is inlaid with white tiles, decorated with floral designs, and these, while forming a striking feature in the elevation, obviate the heavy appearance that would otherwise be imparted by the roof. Altogether there are six floors. The architect is Mr. C.J. Ferguson. The builders are Messrs. Beaty Brothers.”