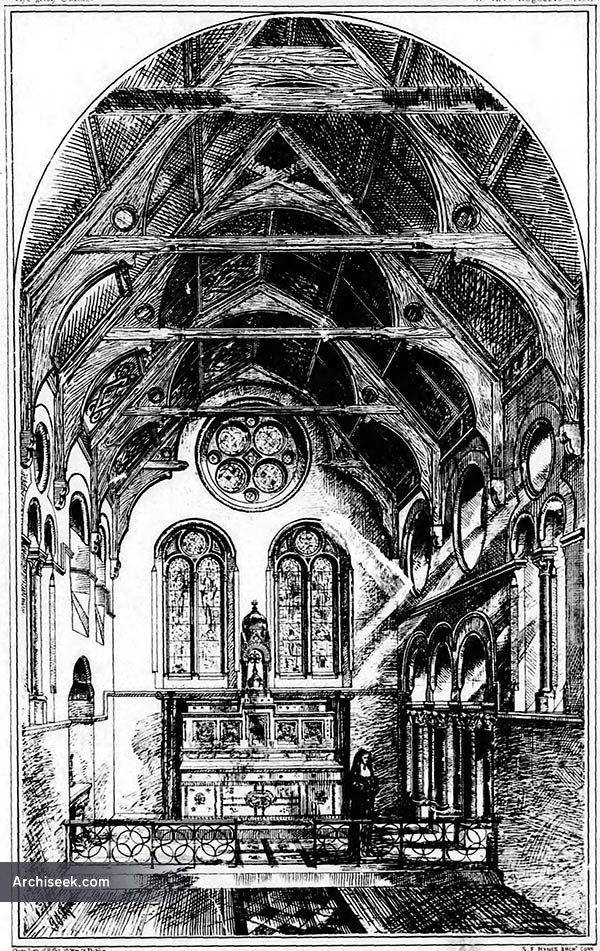 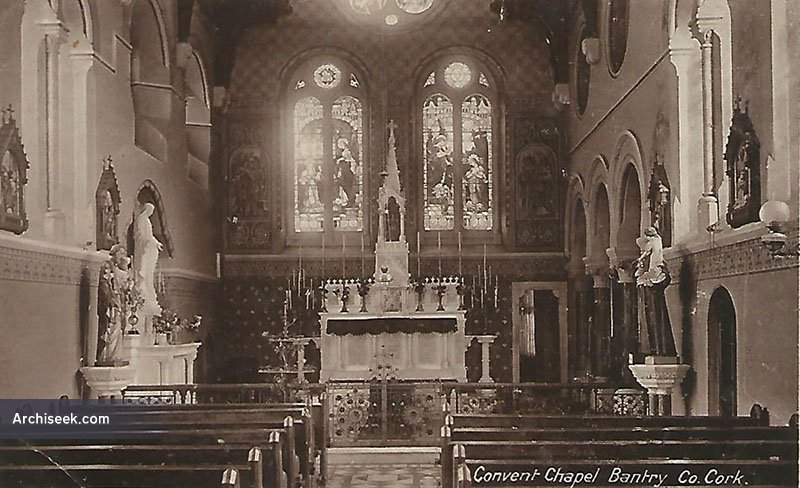 The chapel was a later addition to the Romanesque Revival complex, and was designed by S.F. Hynes. “This chapel is to be built in connection with the Convent of Mercy, Bantry. It will have a beautiful position on the hill overlooking the town of Bantry. The exterior will be executed in red sandstone with limestone dressings, to harmonise with the present convent, built some twenty years since. It is intended, when funds admit to erect a handsome campanile, which would be a very conspicuous object seen from the bay. The design as to style has been made to suit the present building. 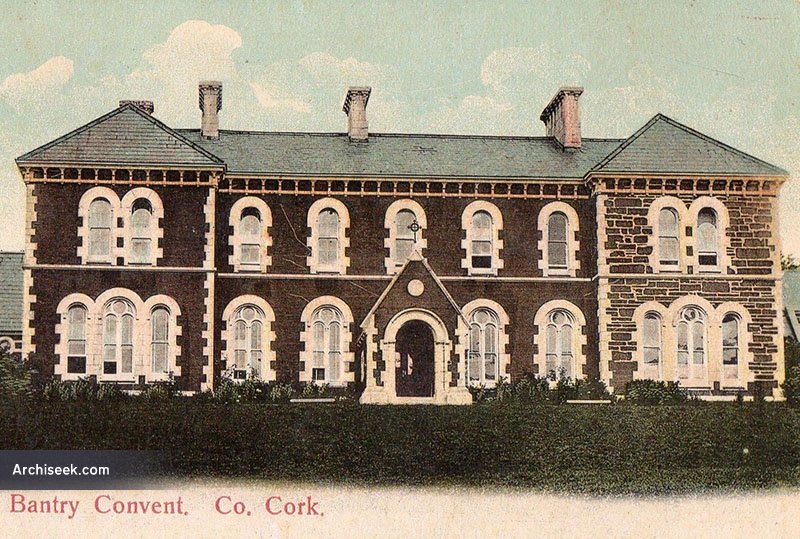 The internal arrangements are very satisfactory. The Nuns’ choir opens into the chancel by three arches supported by coupled columns of Cork red marble. At the side of the choir is the sacristy, – a recess for a side altar is formed facing the choir. There will be a very convenient passage from choir to organ gallery (which is at the west end of chapel), so that nuns cans get to the turret stairs without passing into the body of the church. The roof will be very effective, that over chancel will be boarded to a different form, and its panels will at some future time be decorated. The north and south windows are of two lights coupled, with shafts between, and circular light in head. The works will be commenced shortly. Mr. Samuel F. Hynes, 30 South Mall, Cork is the architect.” Published in Irish Builder, Vol.19, 15 August 1877.