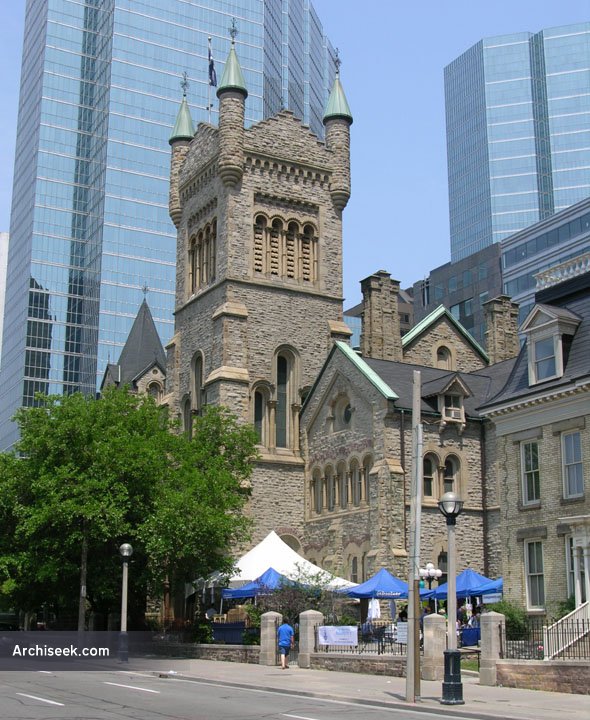 St. Andrew’s Presbyterian Church is located on King St. at Simcoe. It was designed by architect George Storm (also known as William G. Storm) who also designed the main building of Victoria college and the easterly extension of Osgoode Hall. The chancel and centre isle were added in 1907 and were designed by S.G. Curry. The style of the church is Romanesque Revival. The architect called its design Norman Scottish and it is referred to in most literature as an example of Norman Romanesque architecture. The Norman influence is particularly evident in the finely detailed carved stone triple arched entrance and the rose window above it. The Scottish influence is apparent in the stepped gables of the tower and the corner turrets.