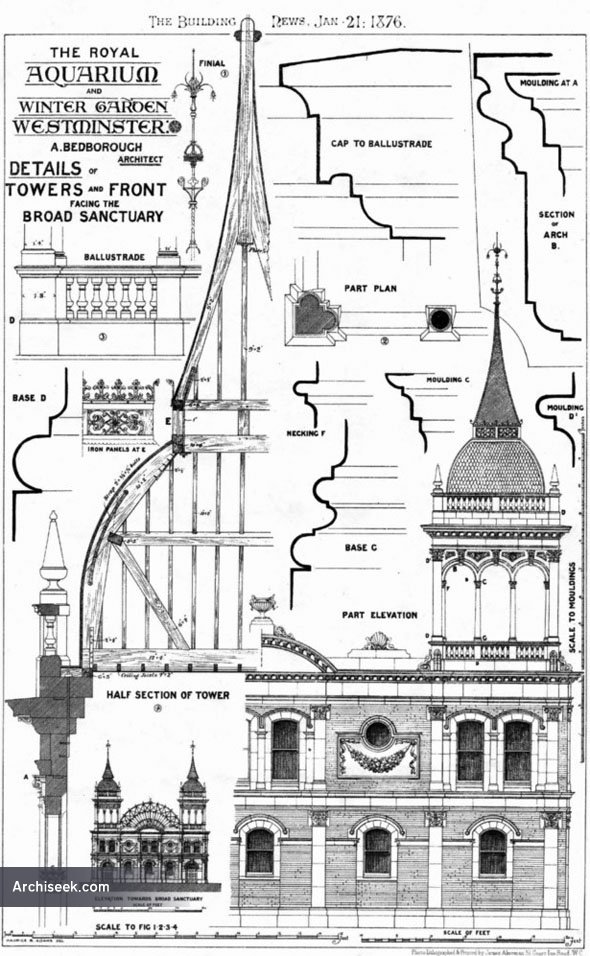 The Royal Aquarium was a classical building in Portland stone which was designed by Alfred Bedborough and opened its doors in 1876. It was intended as a palace for Victorian intellectual entertainment and the construction and fitting costs came to a then-enormous £200,000. The main hall housed palm trees, pieces of original sculpture, tanks of curious sea creatures and an orchestra. Surrounding the main hall were rooms for reading, smoking and eating as well as an art gallery, a skating rink and a theatre. The enterprise was never a financial success. Demolished in 1902, and now the site of the Methodist Central Hall. Published in The Building News January 21st 1876.