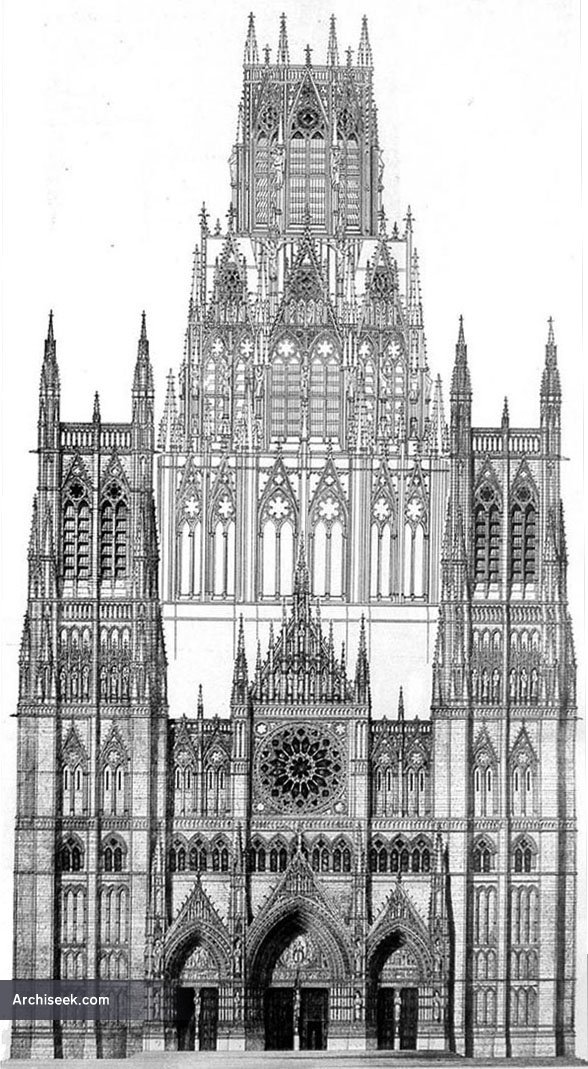 Under the Cathedrals Act of 1840, the Warden and Fellows of the collegiate church of Manchester were translated into Dean and Canons, in preparation for becoming the cathedral of a new diocese of Manchester in 1847. The medieval collegeiate church was by then in a very poor state, partly due to the poor weathering qualities of the original Binney sandstone, but also due to an ill advised attempt to lighten the interior by coating all internal surfaces of the nave with Roman Cement. All external stonework was replaced between 1850 and 1870, in a restoration by J.S. Crowther, who also replaced the internal stonework of the nave walls and arcades. The west tower was heightened in 1868 by J P. Holden, who also replaced all its external stonework. Consequently the cathedral gives the overall impression of a 19th-century structure. Despite this there was still a desire to build a new cathedral worthy of the city, but these designs by R.H. Carpenter were never executed.