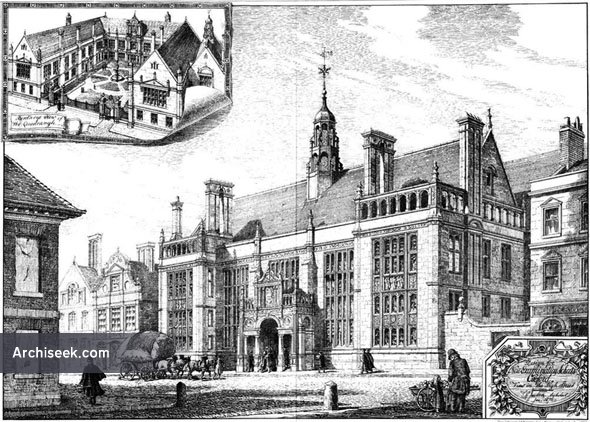 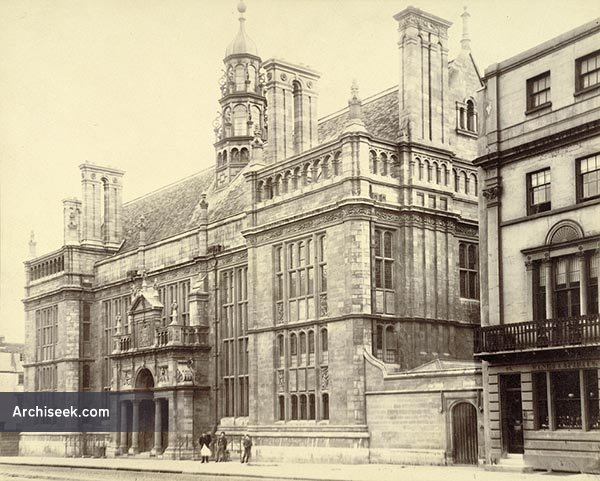 The Examination Schools were designed by Thomas Graham Jackson, Oxford’s most famous 19th century architect, in 1876 and their construction was completed in 1882. Sir Thomas Newenham Deane actually won two competitions to design the new Examination Schools, but in the end the new building was built to the designs of Jackson. They were Jackson’s first major commission and set the scene for his transformation of Oxford’s academic architecture over the following 40 years. They have served as teaching and examination spaces for Oxford University since their construction, and continue to function in this capacity. Elevation, details & sketch perspective published in The Building News, December 22nd 1876.