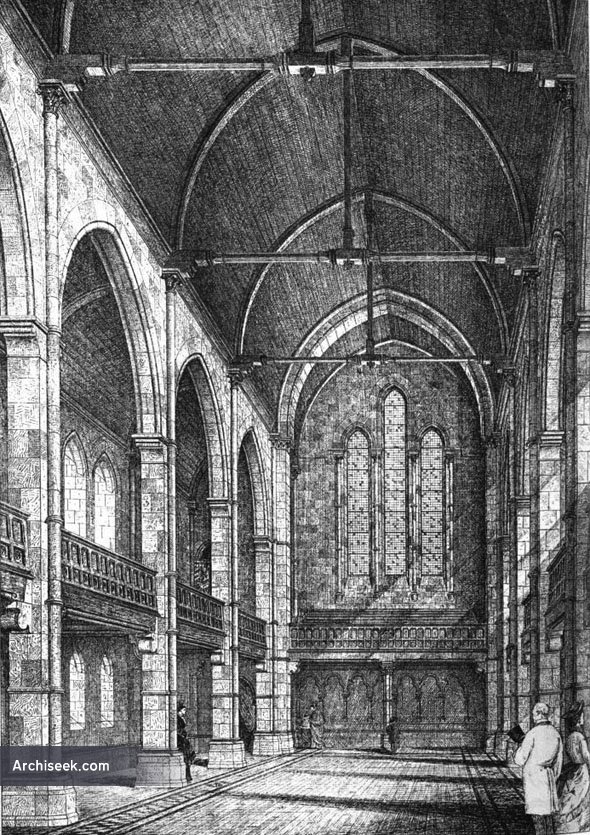 From The Architect, March 6, 1875: We give this week views of the design for this church, by Mr. Henry C. Harris, A.R.I.B.A., architect, Cardiff. The church is designed to afford sitting accommodation for 1,100 adults, but for the present it is proposed to omit the transepts and small vestries at the south end, so as to admit of the existing buildings being retained intact till such time as the additional funds necessary to cover the cost of their re-erection on another portion of the site can be obtained.

Galleries were made a sine guo non in the architect’s instructions, and it has been attempted to obtain a little more unity of effect with these than they often have in buildings of the class; where they partake more of the appearance of an after-thought than an important factor in the original design.

The piers are of the smallest size consistent with stability; thu, with a careful arrangement of the seats, reduces to an unusually small proportion the number of sittings from which a sight of the pulpit would be cut off.