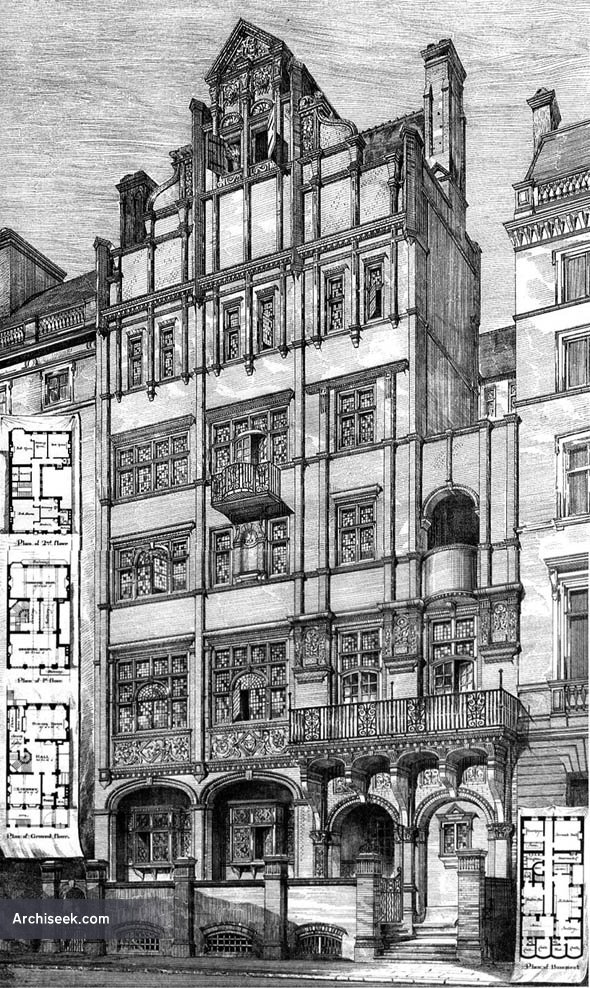 “We have satisfaction this week in publishing a reproduction of Mr. Norman Shaw’s Academy drawing of the new house now being erected under his architectural superintendence at Queen’s-gate, South Kensington. The building as represented in the drawing, is characteristic, picturesque, and refreshing, and a few dozen more houses of the same unique class, though not necessarily of the same style – as Mr. Shaw is not bound hand and foot to one style – would make London vastly less monotonous, and more worth of being the British metropolis and the chief city in the world.” Perspective View including basement & all floor plans published in The Building News, June 4th 1875.