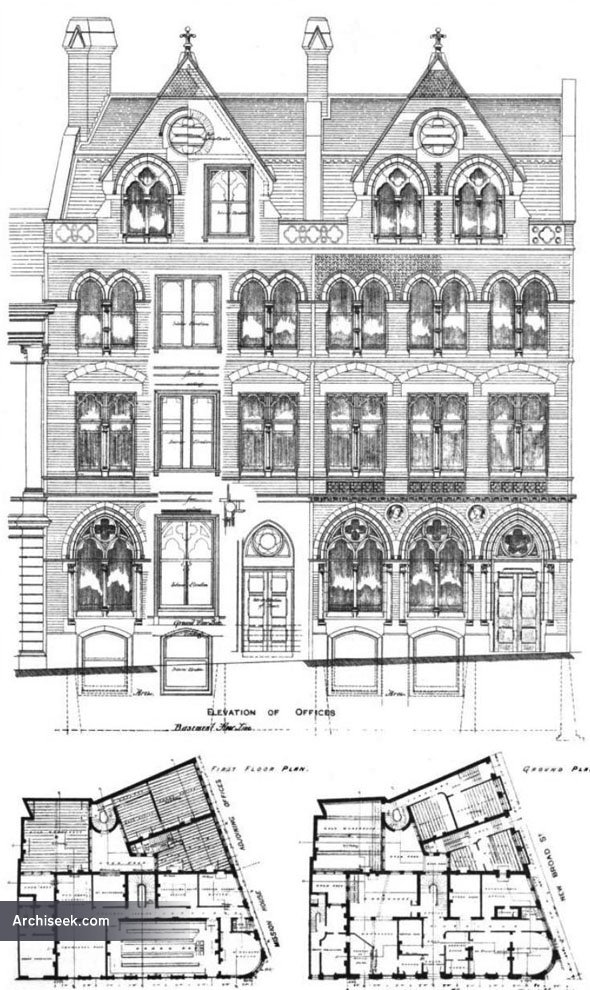 From The Architect, December 25, 1875: The London Missionary Society’s House, originally erected from the designs of the late Sir William Tite forty years ago, having become too small for the extended operations of the society, has lately been enlarged, from the designs and under the superintendence of Mr. E C. Robins, of Southampton Street, Strand.

The old museum has been removed and placed in the new mansard roof of the enlarged building, which has been extended southwards, and the remainder of the site has been cleared and a block of offices (of which we give the elevation towards New Broad Street) has been erected upon it.

Opposite neighbours have prevented the design being carried out in its integrity, and both the Mission House and adjoining offices will present a broken outline towards New Broad Street, which ia much to be regretted from an esthetical point of view.

The Italian style of the old House has been preservedas the new facade of the enlarged building. Early French Gothic has been employed for the new offices, which are faced with white gault bricks and Portland stone dressings.