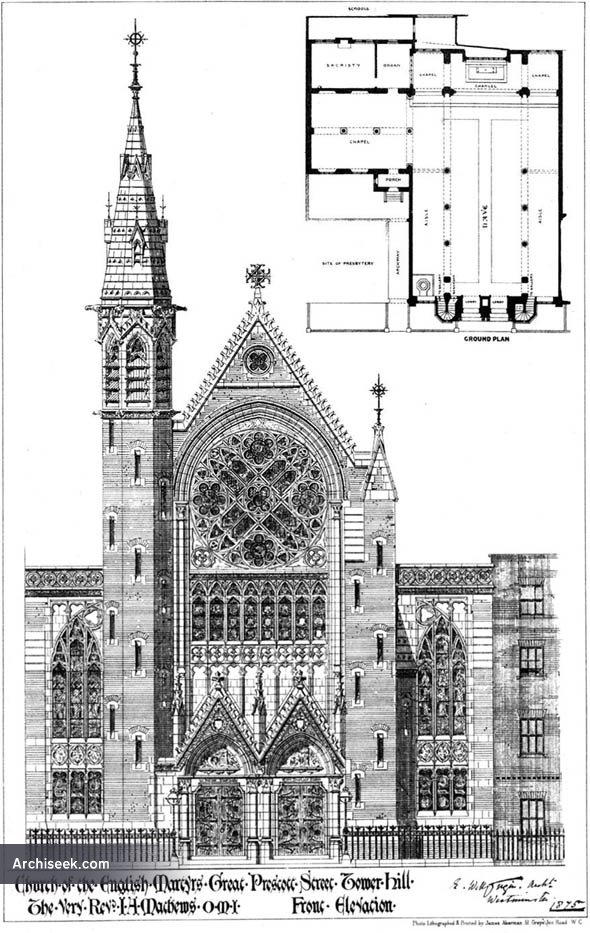 Original design by Edward Welby Pugin who died in 1875, the remainder of the design work including the interior being completed by Pugin & Pugin. As published in The Building News, February 5th 1875.

The church is a Grade II listed building with English Heritage: “1875 by Edward Welby Pugin. Gothic, aisled building with (liturgical) eastern transepts and sanctuary formed within a rectangle. Brick with stone dressings and banding to (liturgical west front to street which has double portico and octagonal bell-turret to one side. Interior has plastered walls and vault. Gallery at west end and to aisles supported on shallow arches, the polished granite piers being in 2 stages. Sanctuary apsed beneath large window which is repeated at west end.”