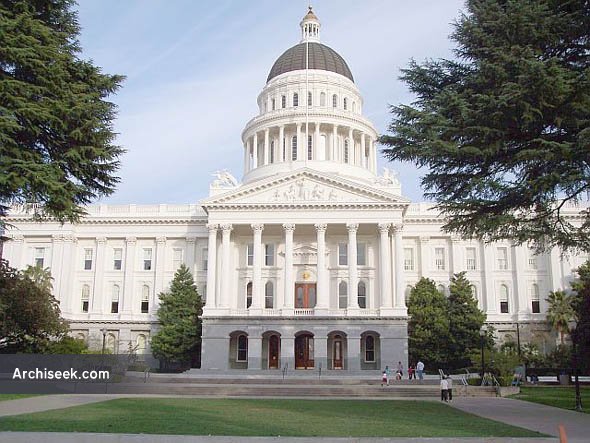 Groundbreaking for the Capitol occurred December 4, 1860, but it took nearly 14 years and several administrations to complete the effort. Late in the year 1869 the Capitol was partially completed and able to accommodate the Legislature and several state officers including the Governor. However, it took five more years to finish the building. Many recurring obstacles hindered a speedy completion-funds, floods, construction problems, and political fights.

The Capitol was completed in 1874 with the cost of the construction totalling $2.5 million. The original budget provided in 1860 was $100,000. Incidently, its completion also came at a high cost for one of its principal architects. In 1864 Ruben Clark was committed to a Stockton mental institution where he died in 1866. According to the hospital’s files, the cause of insanity was diagnosed as “continued and close attention to the building of the State Capitol in Sacramento.” Gordon P. Cummings took over as the supervising architect and completed the project.