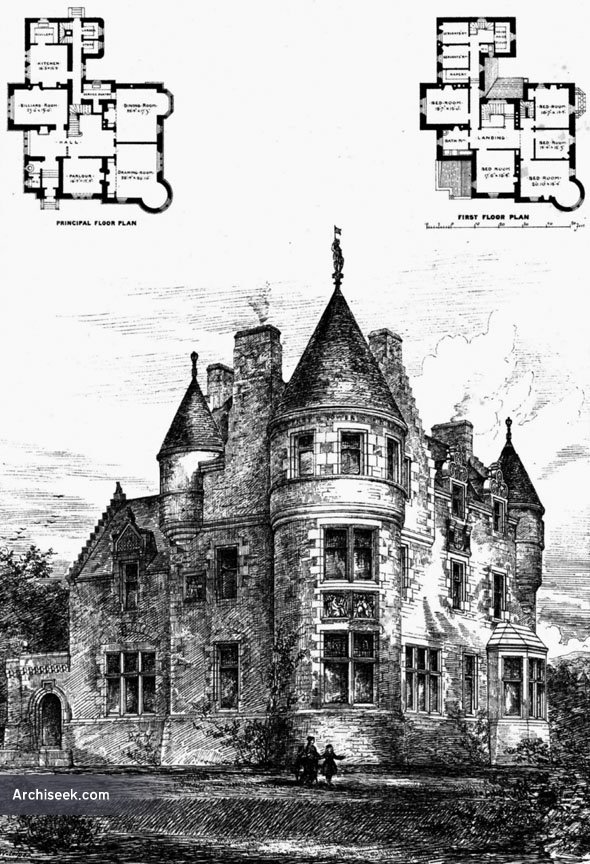 “This house, of which we give perspective view and plans, is the residence of Mr. Alexander Mackintosh, and was completed two years ago. The style adopted is that of many old houses of the neighbourhood, which are often exceedingly picturesque, and still habitable. The walls and ceilings are panelled with wood ; the windows are to a large extent filled with painted glass, by Messrs. Cottier and Messrs. Heaton, Butler, and Bayne, and the general fittings and furnishings, in some cases, have been designed in accordance with the house. A library, with vaulted ceiling, and a suite of rooms occupy the upper part of the house, from the windows of which a magnificent view is obtained. The principal works have been carried out by local contractors. Mr. William Leiper is the architect. “