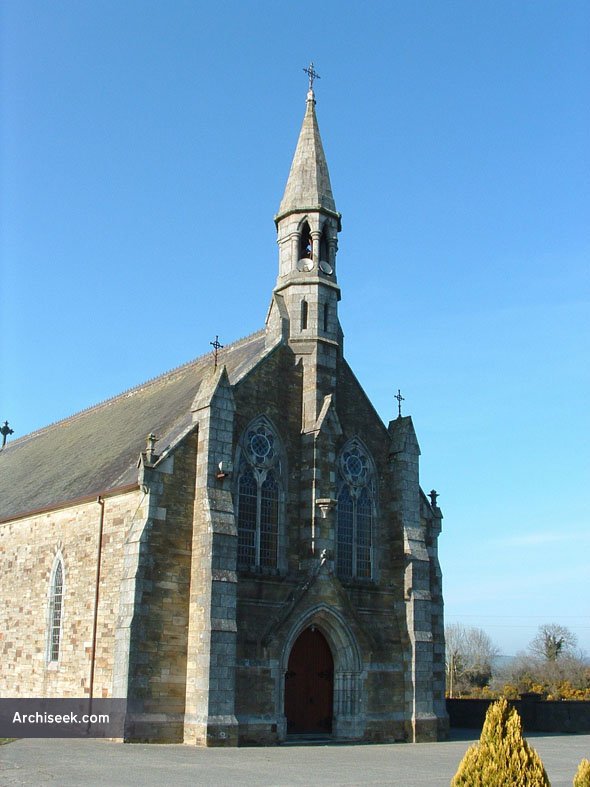 “The internal dimensions are – nave, 75ft.; chancel, 20 ft. by 16ft. The roof is open sheeted, with arched principals. The walling is of local brownstone, with dressings of a white sandstone obtained from a quarry in the neighbourhood. This quarry has for many years lain unworked but it is to be hoped that the use of the stone in this building will lead to a demand for it in similar structures. It is easily work when taken from the quarry but after exposure to the weather, becomes as hard as Portland. The same description of stone has been used in an old abbey in the vicinity for the tracery of windows, which are still in a good state of preservation.” The Irish Builder, June 15 1874.