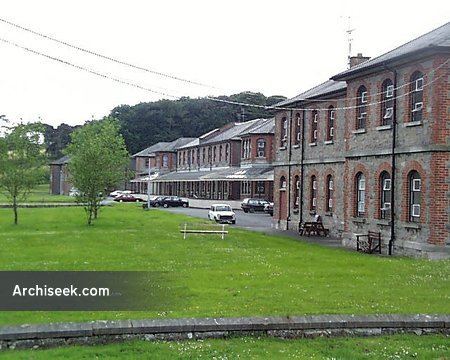 Large complex of buildings built between 1869-71. The main block is said to be over sixty bays long, the building is built of rubblestone and brick detailing. The complex has been extended over the years with the amalgamation of the property of the former Bone Hospital into the site.

The building above with its short campanile was originally built as a home for the Master of the Hospital but is now in use as Health Board offices.

Originally designed by John McCurdy, and described as the largest asylum in Ireland at the time of construction, the complex had many architects over the years including William Hague, his student and successor Thomas McNamara, and W.H. Byrne.