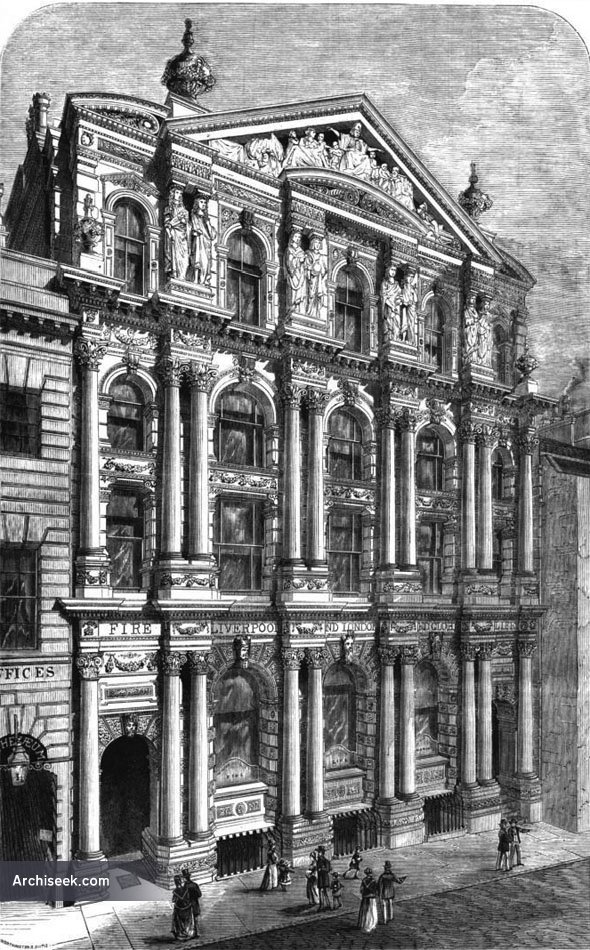 From The Builder, June 4, 1870: THE elaborately ornamented building of which we publish a view in our present issue has been erected in Corn street Bristol as the West England and South Wales district offices of the insurance company named above. Mr W. Bruce Gingell was the architect. The facade presents a frontage of 55 ft with a height from the footway to the apex of the pediment of 70ft and is Italian in character freely treated. The lower story is divided into five bays compartments the central ones wider than those at the ends the bays being formed ten attached columns of the composite order eight in couples and the end once single standing on rusticated pedestals of blue Pennant stone from the Stapleton quarries the rustics vermionlated and the moulded surbase continued over the heads of the windows lighting the lowest rooms supported by consoles on the jambs. The fabulous bird known as the liver which is the crest in the arms of Liverpool where the company have their head offices has been introduced in a central position among the foliage in the capitals of the columns.