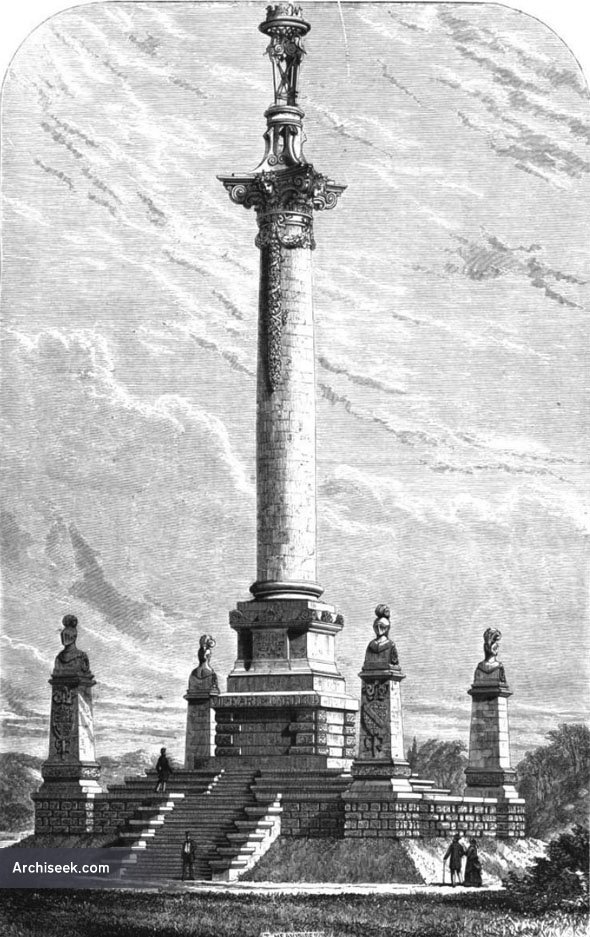 From The Builder, April 30, 1870: The column of which an illustration is has been erected by public subscription aa memorial of the late Earl of Carlisle who through a long life one of the most and useful men in his county is best known the general public as Viceroy of Ireland high post he occupied for eight years. The committee appointed to carry out the invited privately designs from four architects and that of Mr F.P. Cockerell was selected. The column is erected upon Bulmer hill the edge of the Castle Howard estate about miles and a half from the Castle and facing magnificent avenue which traverses the park and about twelve miles from York. The hill forming nearly the last descent from the to the plain of York commands a view of the country surrounding the city. The total height of the monument from foot of the steps to the top of the gilt urn 110 ft and the diameter of the column 7 ft 4 in. The shaft of the column though hollow is without a staircase as the height of monument would add little to the extensive enjoyed from the already elevated position.