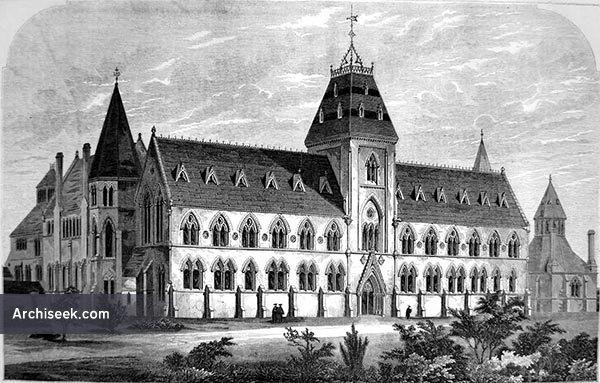 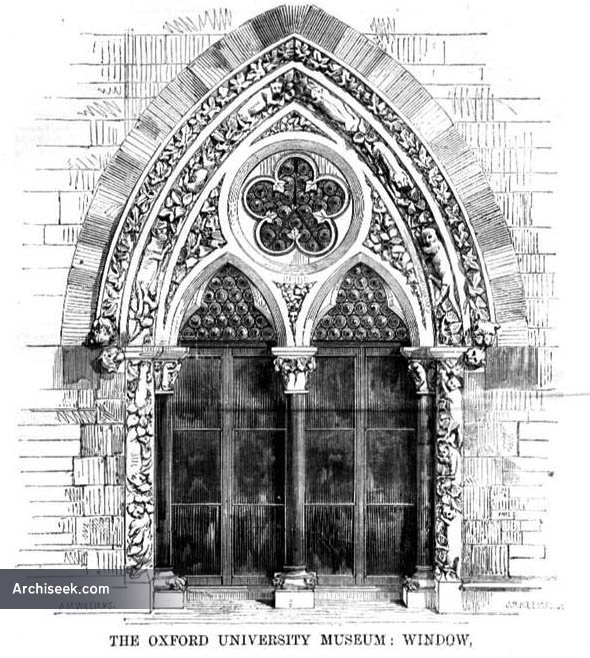 The neo-Gothic building, one of the finest in Britain, was designed by the Irish architects Thomas Newenham Deane and Benjamin Woodward. Directly influenced by the writings of critic John Ruskin, it was finished in 1861. Woodward died in 1861. The adjoining building of 1886 that houses the Pitt Rivers Museum was the work of Thomas Manly Deane, son of Thomas Newenham Deane.

The museum consists of a large square court with a glass roof, supported by cast iron pillars, which divide the court into three aisles. Cloistered arcades run around the ground and first floor of the building, with stone columns each made from a different British stone. The ornamentation of the stonework and iron pillars incorporates natural forms such as leaves and branches, combining the Pre-Raphaelite style with the scientific role of the building.

Statues of eminent men of science stand around the ground floor of the court — from Aristotle and Bacon through to Darwin and Linnaeus. Although the University paid for the construction of the building, the ornamentation was funded by public subscription — and much of it remains incomplete. The Irish stone carvers O’Shea and Whelan had been employed to create lively freehand carvings in the Gothic manner. When funding dried up they offered to work unpaid, but were accused by members of the University Congregation of “defacing” the building by adding unauthorised work.