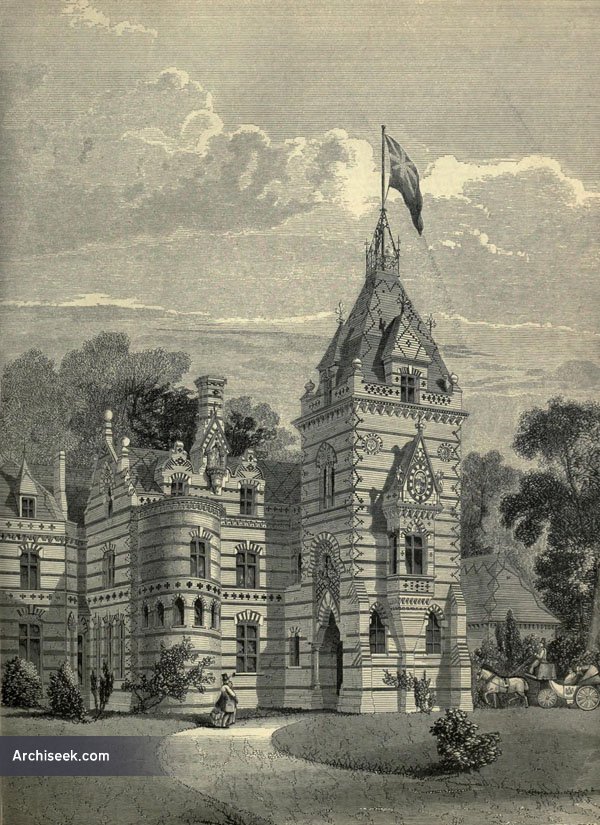 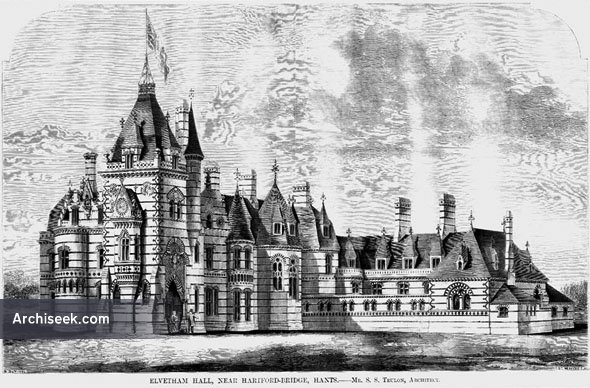 The original Elizabethan house no longer exists having burned down in 1840. Design published in The Building News, May 25 1860 of proposed house for Lord Calthorpe. “AT page 419 we illustrate a mansion now being erected for the Eight Hon. Lord Calthorpe, at Elvetham, Hants, from the designs and under the superintendence of Mr. S. . Teulon, of Craig’s-court, Charing-cross. The mansion is being built of red bricks, with patterns in black. Messrs. Wells, of Egham, Surrey, are the builders. ”

Rebuilt on the same site in 1860, the new house, developed into the present mansion by Frederick, 4th Baron Calthorpe, commemorates Hampshire’s famous historical figures. There are later additions including the Library and the Oak Room (originally the Billiard room) built between 1911 -1913. In 1901 the carriage porch was added. The first conservatory was built in 1956 (later rebuilt in 1998) and a further wing in 1977. After being sold by the Calthorpes in the 1950s, it was used as commercial offices for a time, before being converted to a hotel.