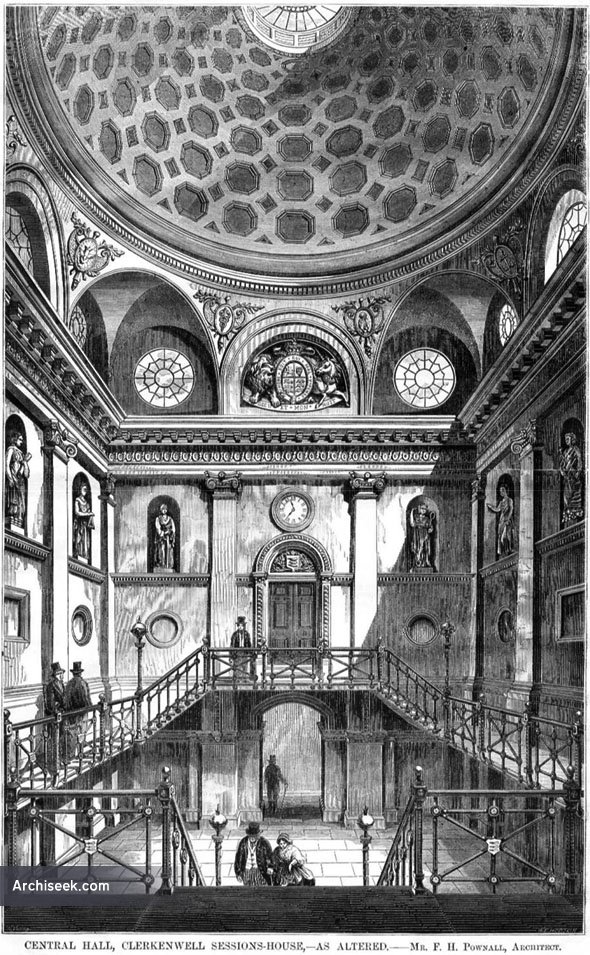 The existing building originally erected between 1779 and 1782, as the new Courthouse for the Middlesex Quarter Sessions, at a cost of £13,000. For the next 120 years it was the largest and busiest courthouse in England. It also had the reputation of being one of the severest courts in the land; in one year alone the court sentenced 200 people to transportation. Renovated in the late 1850s, the magnificent central hall by Pownell was created. 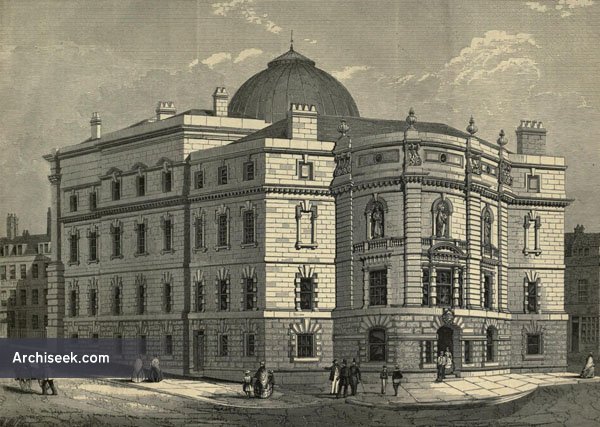 The Old Sessions House ceased to operate as a courthouse in December 1920 and was then used by Avery Scales as a headquarters office building from 1930 to 1973. It was purchased by the Masons in the 1970s and is now home to the Scientology cult. The building has a Grade II* listing from English Heritage..