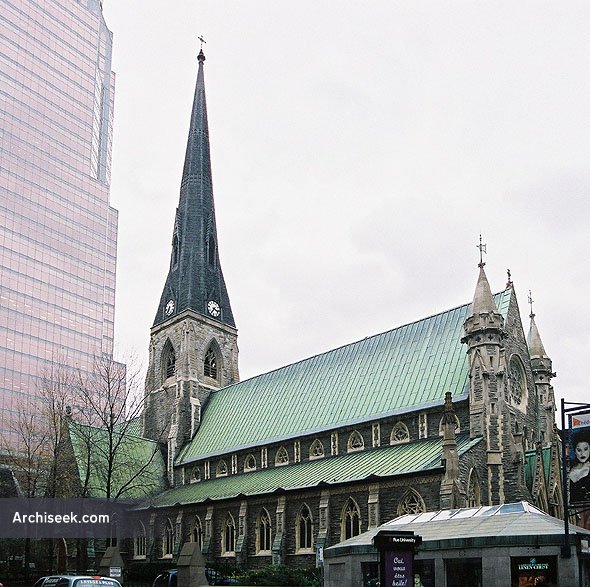 The present Cathedral was completed in 1859, after fire destroyed the previous church on this site. It is a neo-Gothic building, designed by British architect Frank Wills. The spire was formerly of stone, but in 1927 it had to be removed because its weight was causing the building to settle rapidly. Thirteen years later it was replaced by aluminium plates which were moulded to simulate stone.

In 1987, some older buildings north of the Cathedral were demolished, and the land leased to developers who built the landmark office tower and underground mall known as La Place de La Cathédrale. The Cathedral was also secured to the bedrock below, standing on steel and concrete ‘caissons’, and the space beneath it now houses a shopping mall and restaurants.