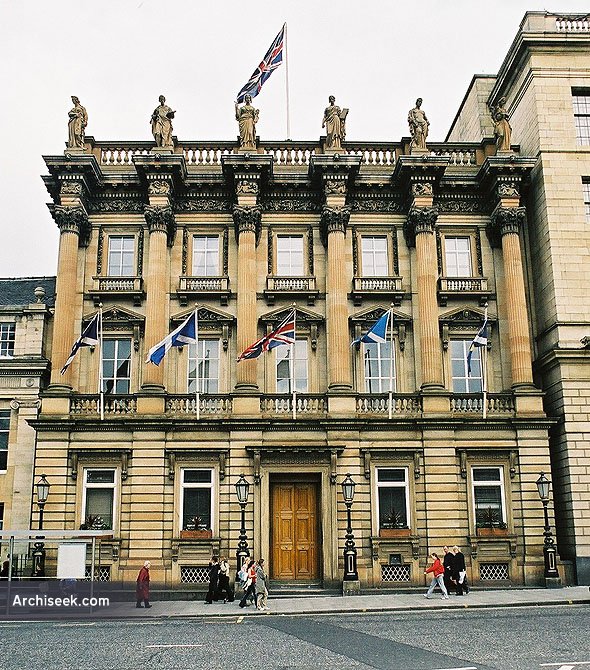 Formerly the British Linen Bank but now a branch of the Bank of Scotland, this sumptuous branch is at 38-39 St Andrew Square. The elaborate facade features an order or large Corinthian columns projecting from the main facade supporting an array of statues by sculptor A H Ritchie. Internally, the bank has a fine telling hall at first floor level reached by a grand staircase.