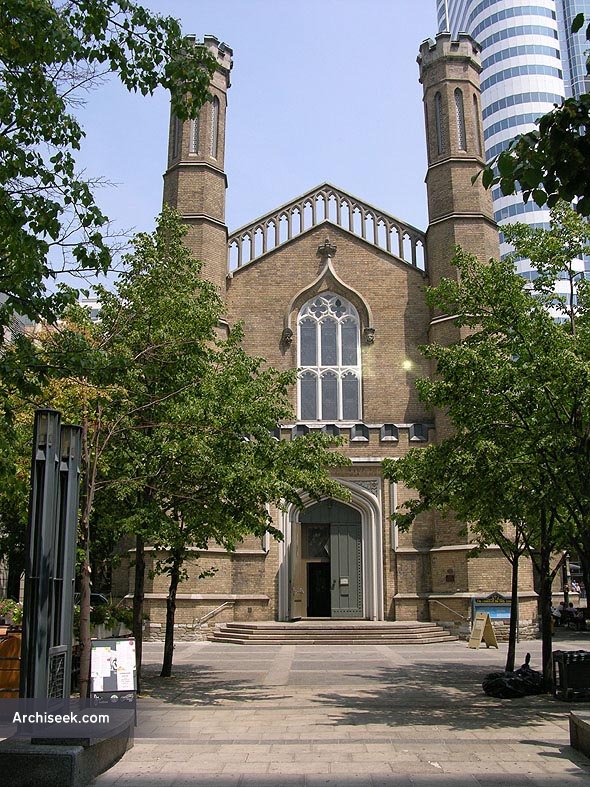 The Church of the Holy Trinity opened in 1847 following the gift of an anonymous donor (later revealed as Mary Lambert Swale of Settle, England). Mrs. Swale had stipulated that all pews were to be free and unreserved, a tenet of the High Church party in England at the time. The architect was Henry Bower Lane, who also designed Little Trinity (on King Street) and St. George the Martyr. The interior was originally extremely plain. The congregation, with supporters from the larger community, successfully fought efforts by a developer to have the church torn down. A fire in 1977 caused damage to the original ceiling and south windows. In 1989 the interior walls of the church, painted in the nineteenth century, and the organ were restored.