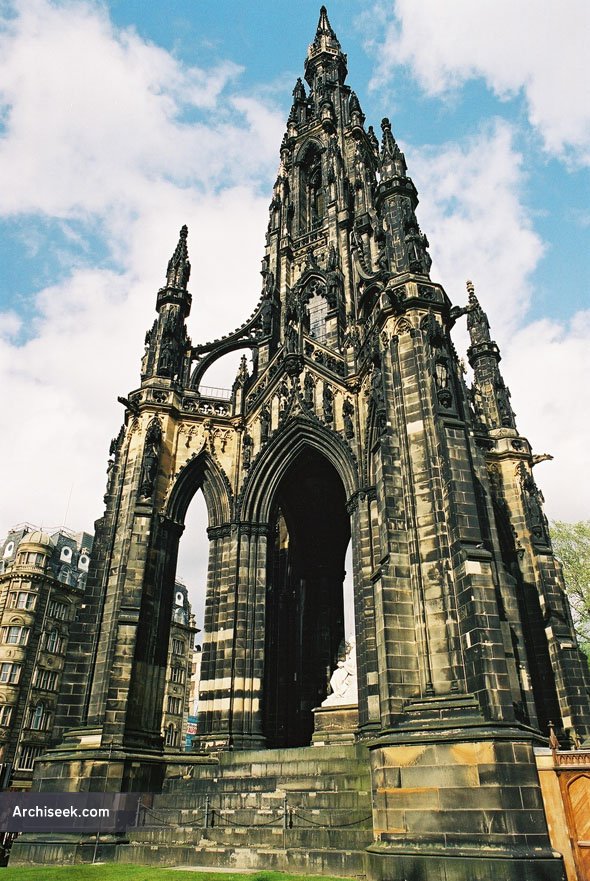 The Scott Monument was build between 1840-46 as a memorial to the writer Sir Walter Scott (1771 – 1832). Designed by architect George Kemp (1795-1844), who won a competition with his gothic design, the public can climb the 287 steps to the top of the monument for spectacular views of the city.

The stairs are divided into three segments, each section ending with a viewing platform. The first level also contains a room containing stained glass windows and panelling. The windows feature the arms of Edinburgh, Scotland, amd Scott.