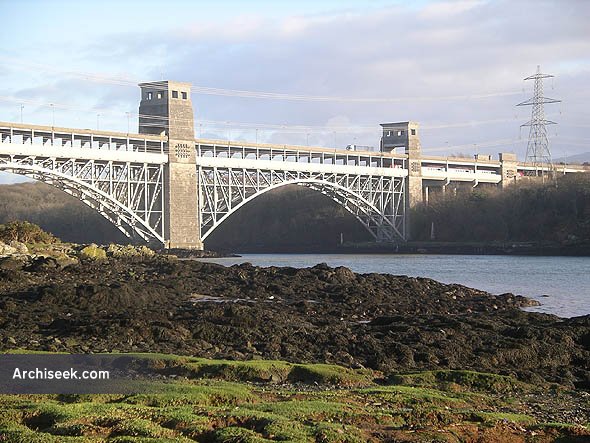 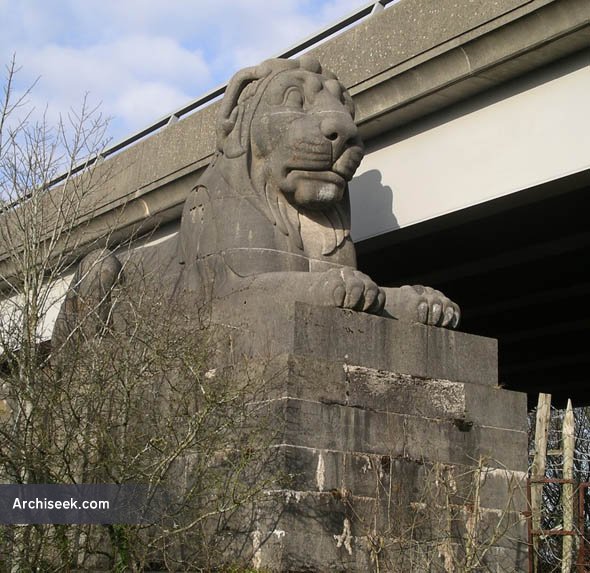 The increasing popularity of rail travel necessitated a second bridge over the straits to provide a direct rail link between London and the port of Holyhead. The task of building such a bridge fell to Robert Stephenson who constructed a bridge with two main spans of 460-ft long rectangular iron tubes, each weighing 1,500 tons, supported by masonry piers, the centre one of which was built on the Britannia Rock. Two additional spans of 230-ft length completed the bridge making a 1511-ft long continuous girder. Up until then the longest wrought iron span had been 31 ft 6 in (9.6 m). The bridge was decorated by four large lions sculpted by John Thomas, two at either end.

Begun in 1846, the bridge was opened on March 5, 1850. During the evening of May 23, 1970 the bridge was greatly damaged by a fire. As a consequence the bridge was completely rebuilt, with the spans supported by archways. The deck now has two levels: the lower still carries the rail line.