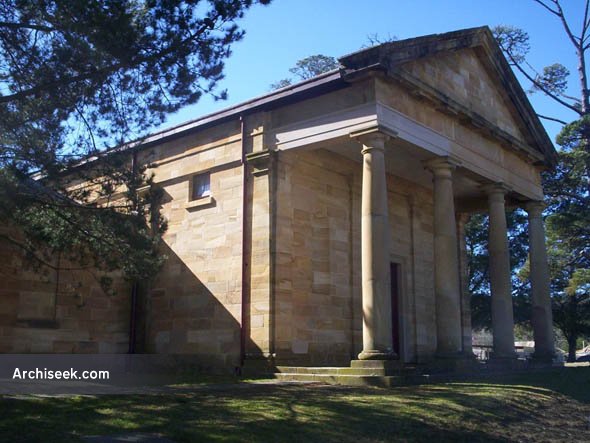 The facade consists of four Doric columns with classic Greek bases and capitals. Above is a stone architrave of three courses, the topmost of which protrudes to form the base of the Greek triangular pediment. The entrance doorway is deliberately overwhelming, and designed to instill awe into the visitor, as are the columns and the four tall pilasters on the facade.