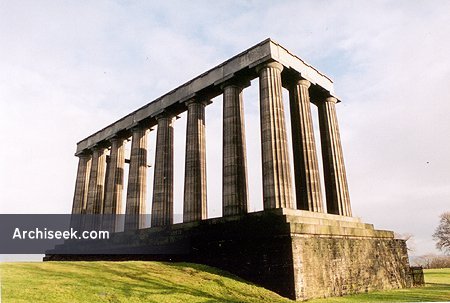 The National Monument was built as an act of deliberate folly and contrary to popular lore was not the result of lack of funds. Built as a National Monument to the Napoleonic Dead, £24,000 was raised by a committee for its construction. Drawings only show exactly what we now see, so the architects C.R. Cockerell and his asstant William Playfair intended this incomplete look.