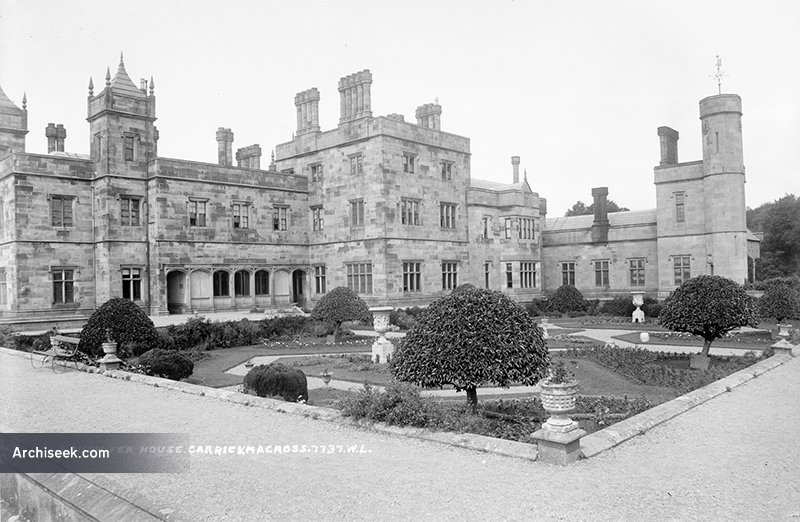 Designed for the Shirley family by the historian Thomas Rickman and which is his only Irish commission, Lough Fea was built in 1827. Lough Fea is unusual in that it resembles an Oxbridge college more than a Victorian castle with its absence of battlements in favour of a solid parapet concealing the roof. Small widely spaced windows give the building a very solid look. The Shirleys and the Rossmores competed for years to build the largest room in the county – with Lord Rossmore extending his Drawing room five times. However Lough Fea lifted the honours with the magnificent Great Hall.

With no major towers, Lough Fea seems low and well spaced as it faces onto the lake after which it is named – with the central block flanked by the double height chapel and Great Hall. The chapel is almost a full sized church with pulpit and gallery while the Great Hall has a seven bay minstral gallery over a doorway height dado and two fireplaces and open timber trussed roof.