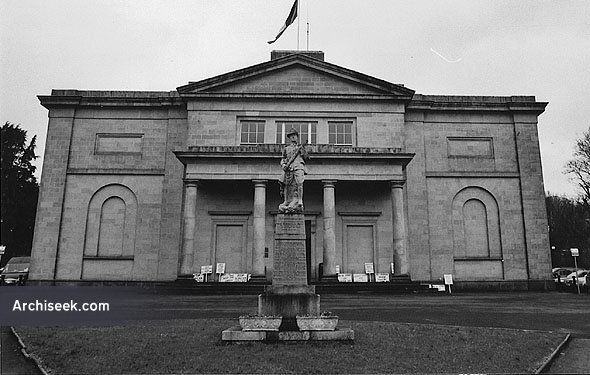 Presumed to be the work of William Farrell as it is almost identical to a courthouse by him in Carrick-on-shannon, the courthouse cost 11,000 pounds to build. Five bays wide, the central three break forward and have a plain pediment. Carrick-on-shannon does not have a pediment but a decorative balustrade. The blind recesses and arches create a simple and austere facade. The interior features the traditional Irish plan of two courtrooms separated by a vestibule.