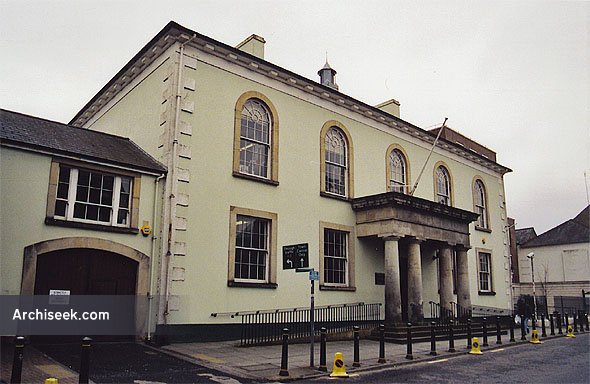 Originally built around 1785, the courthouse was largely rebuilt in 1820-21 by William Farrell. The prominent and rather heavy Doric porch was added at this time. Unlike many other Irish towns, the courthouse is not a grandiose neo-classical building but a more simply designed and plain building.