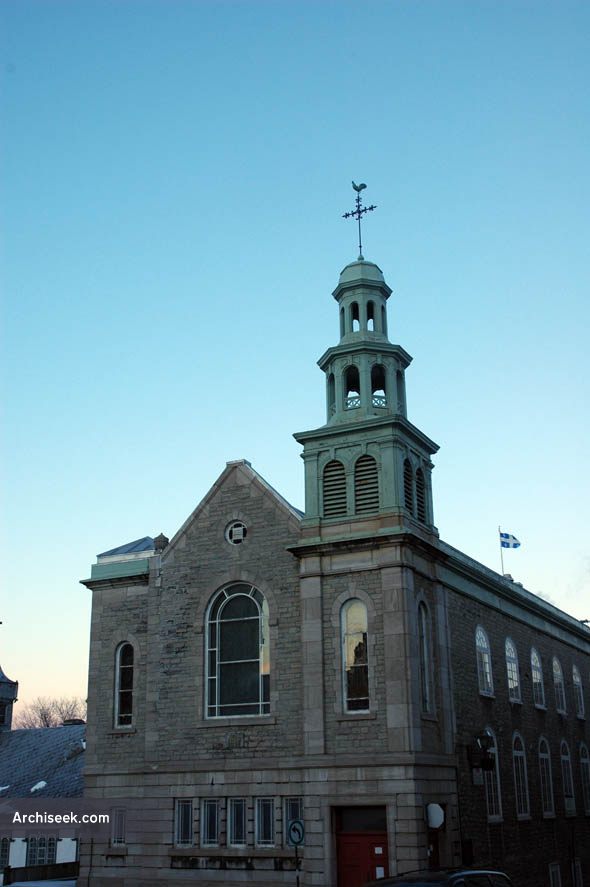 Following the plans of architect Francois Baillargé, the construction of the chapel began in 1817. After the Jesuits returned to Canada in 1849, they were asked to assume the direction of the congregation, as well as the chapel, which happened to display a particular devotion towards the Canadian Martyrs. The Canadian Martyrs are eight Jesuit missionaries who were killed during the war of the French and Huron communities against the Iroquois. Inside, the main altar made of gilded pine was created by Eugène Taché in 1888, while two statues created by Pierre-Noël Levasseur are situated on the side altars. The chapel also contains two recumbent statues by Alfred Laliberté. The windows were created in 1916 and signed by B. Léonard, while the Way of the Cross is the work of Médard Bourgault of St-Jean-Port-Joli.