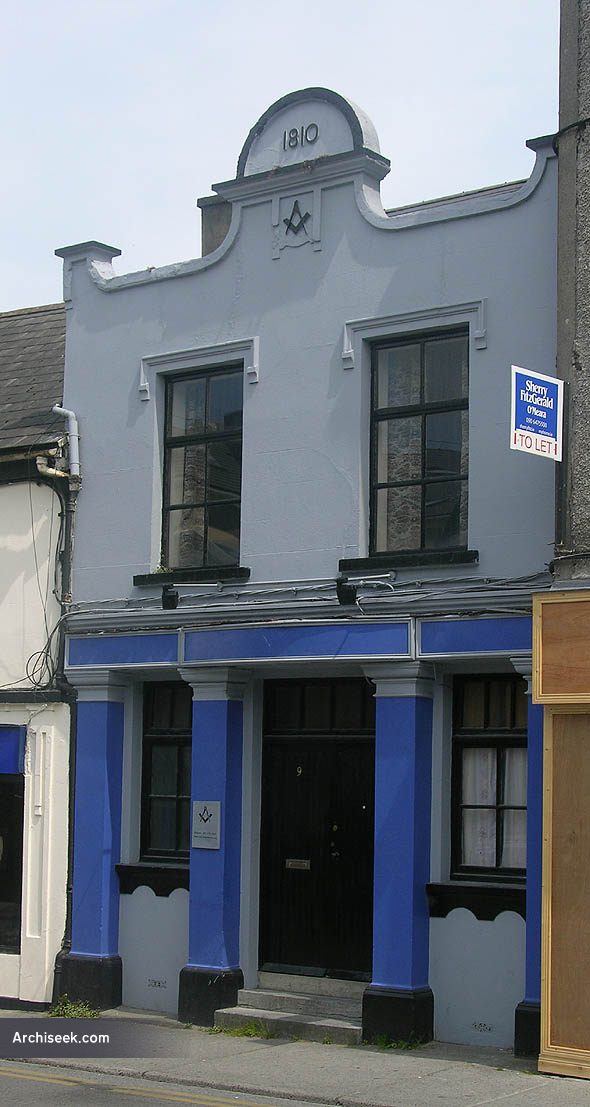 Former Masonic Hall constructed circa 1914, presumedly on the site of an earlier hall, hence the 1810 over the Masonic insignia. Served as the premises of ‘Lodge 101’, which was originally formed in Athlone on 10 March 1739, and moved around various premises on Northgate Street.