Bank of the United States 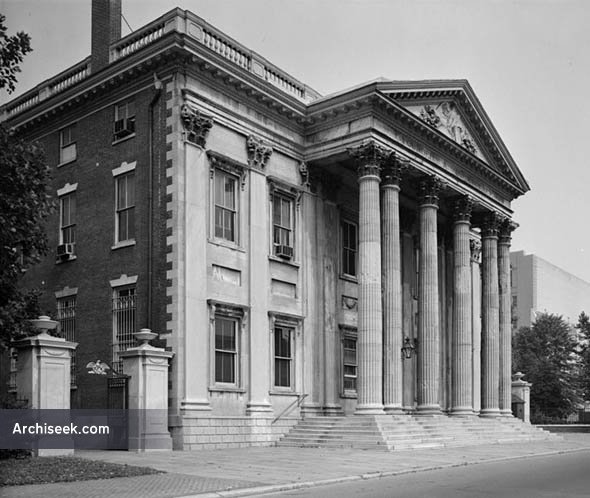 The First Bank of the United States, originally called the Bank of the United States, operated from 1797-1811, on Third Street, midway between Chestnut and Walnut streets. Samuel Blodgett, architect, and “Superintendent of Buildings” for the new capital in Washington, DC, designed the building in 1794. At its completion in 1797, the bank won wide acclaim as an architectural masterpiece. By today’s standards the building remains a notable early example of Classical monumental design. It is now under the care of the National Park Service.