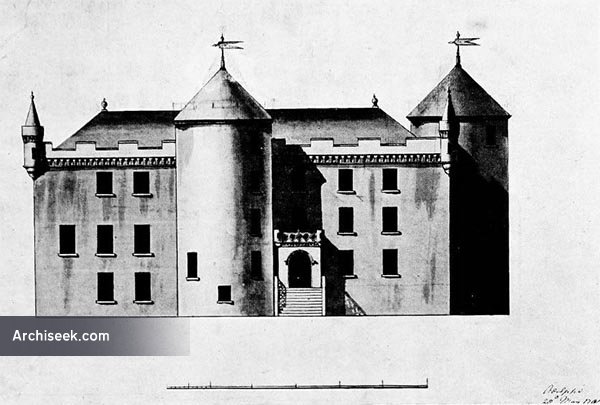 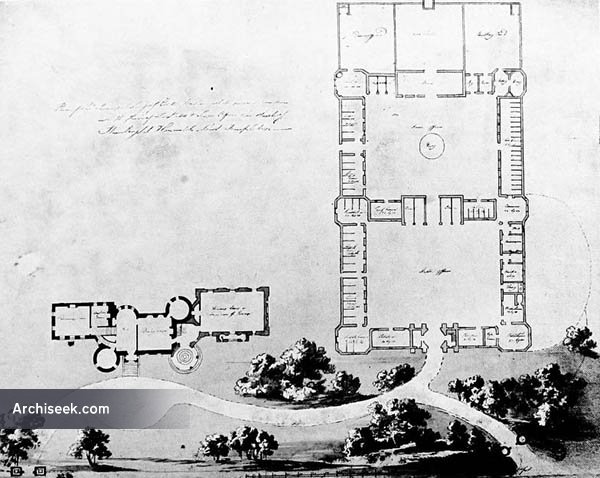 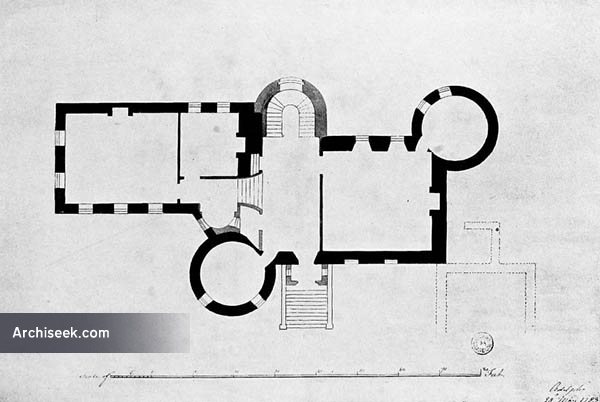 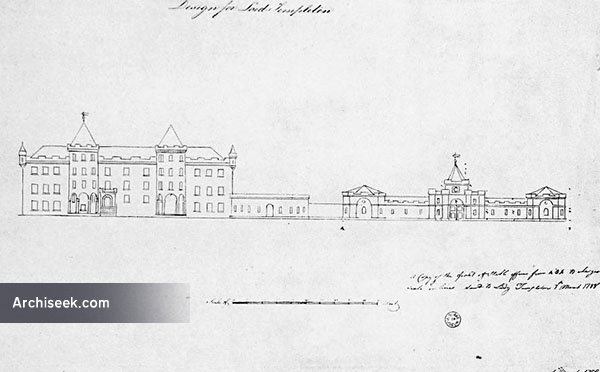 Designs by Scottish neo-classical architect Robert Adam for a redevelopment of Castle Upton. Adam raised and machiolated the pair of round towers from the original castle and gave them high, conical roofs, adding a wing with another tower. In 1837 Edward Blore was employed by the 2nd Viscount to re-model the Castle, and in the process eradicated most of Adams’ interiors.

Completed in 1789, the stables were described by Mark Bence-Jones in his Guide to Irish Country Houses as “the most important surviving range of office buildings in Adam’s castle style; they have tall battlemented gateways and corner octagons”.