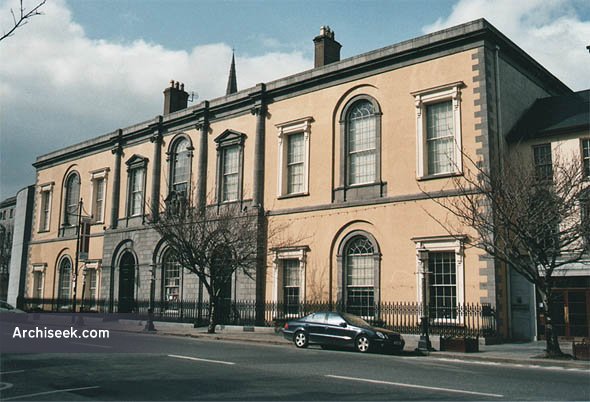 Waterford City Hall was originally built in 1783 as an Assembly Rooms and Theatre. The ground floor was leased to Waterford Corporation until 1813 when the Corporation bought the lease for £3,000. Then the Assembly Rooms became known as City Hall and the playhouse as the Theatre Royal. The Theatre Royal occupies one wing of the building and is a well preserved Victorian auditorium. The building is a large nine bay, two-storey building with prominent round-headed windows. There are three main rooms on the first floor – the Committee Room, the Council Chambers and the Large Room. A magnificent cut-glass chandelier, made by the Waterford Glass Factory, hangs in the Council Chambers. A copy of this hangs in the Hall of Independence in Philadelphia.